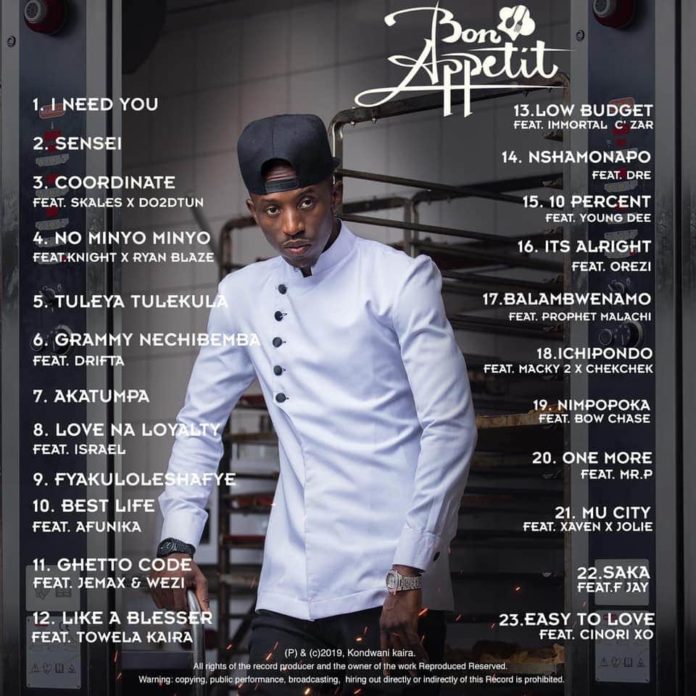 Chef 187’s hit album Bon appetit has been named as the most-streamed album in Zambia.

According to Chart data Zambia, the album has been streamed over 1 million times on BoomPlay making Chef 187 the most streamed artist in Zambia.

The album features both local and international artists, these include Macky2, Wezi, Afunika among others and Nigeria’s top artists such as Mr P, Orezi and Skales.

Interestingly, Chef 187 recently revealed that one of his banger songs on the album ‘Coordinate’ almost didn’t make it on the track list.

Meanwhile, Chef 187 showed some love to the man behind the production of ‘Coordinate’ Mohsin Malik after the video release on July 25, 2020.

With only three days since its release the video has over 44,000 views on YouTube.