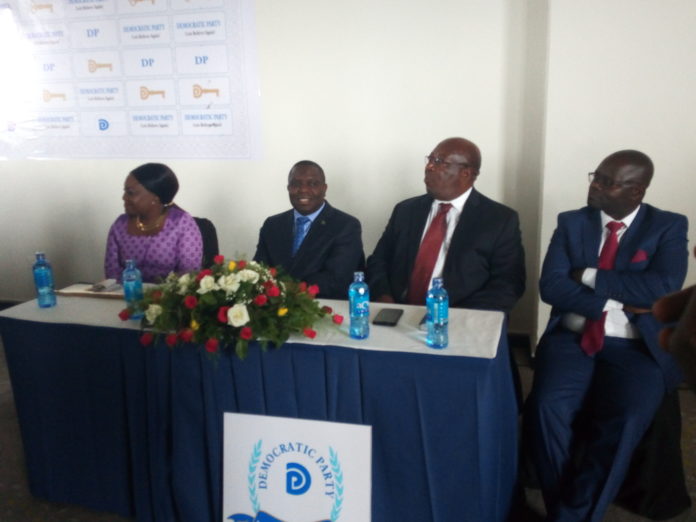 Democratic Party (DP) President Harry Kalaba says the decision by the ruling Patriotic Front (PF) to expel him is a sign that the leadership doesn’t care about the prudent utilization of people’s resources.

Mr. Kalaba said PF would have avoided the Bahati by-election  cost to the already struggling economy, thus demonstrating the irresponsibility by the ruling party.

Speaking shortly after resigning from his seat as PF Member of Parliament for Bahati constituency, Mr. Kalaba said he opted to continue occupying the parliamentary seat because the people of the constituency still wanted him to finish his five year term.

“When I resigned as Foreign Affairs Minister, I also wrote a letter to resign as MP for PF, but I was advised to stay in my office by traditional leaders and senior constituency party official until I could be expelled by the party because I had not committed any crime,” he said.

Mr. Kalaba further said he will not challenge the decision of the PF to expel him in the courts of law so as to ‘spare the judicial bodies of the drama of adjournments and injunctions.

And Mr. Kalaba disclosed that his party will not participate in the Bahati by-election as he wants to focus on mobilizing support for the Party President of the DP.

The former Bahati lawmaker further pledged: “I continue hoping that the PF leadership will heed the cry of the suffering masses and begin to safe guard the people’s resources for collective national prosperity and posterity.”

In announcing her resignation, Chilapya Ward Councilor Chewe Ndila accused the PF for not delivering on their campaign promises.

Ms. Ndila, who was on 1st May 2018 suspended by the PF for allegedly bringing the name of the Party into disrepute said the negligence of Luapula Province can be exhibited in the pitiable performance of the grade twelve school results.

The ruling Patriotic Front on January 26, 2019 expelled its Bahati Member of Parliament Harry Kalaba from the party with immediate effect for alleged for gross misconduct, 12 months after having resigned as Foreign Affairs Minister.