Lusaka StarService with Excellence
HomeSportsCHIPOLOPOLO GEARS UP FOR MALAWI FRIENDLY

CHIPOLOPOLO GEARS UP FOR MALAWI FRIENDLY 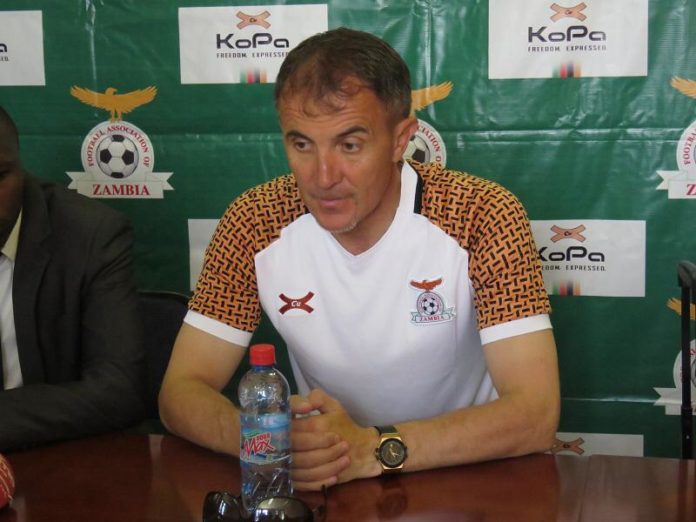 Zambia national football team gearing up well for the friendly match against Malawi on October 7 in preparation for the AFCON qualifiers in November.

Speaking during an interview Chipolopolo coach Milutin Micho Sredojevic said the preparations are going on well and he is looking forward to cutting the 40-man squad currently in camp to 24-man squad by the end of the week.

Micho said that for the first match against Malawi he is mostly looking forward to giving a chance to local players.

The Chipolopolo coach said he is looking forward to coming up with a competitive squad which will face Kenya and will comprise of local as well as foreign players.

The 24-man squad will be joined by seven players from Europe and six of them from within the African continent,

The combined squad will proceed to face Kenya in an international friendly and from the first two matches Zambia will then come up with a strong team to face south Africa in another friendly match,

However, the Chipolopolo coach said the players that will not be picked for the AFCON qualifiers will still be monitored at club level to see how they will be performing.

Zambia is currently occupying the bottom position in Group H of the AFCON with zero points and will face Botswana in the next two upcoming matches in November.

Dirty toilets, clogged sinks, broken beer bottles are all not uncommon at The University of Zambia (UNZA) main campus during the weekends. The task...