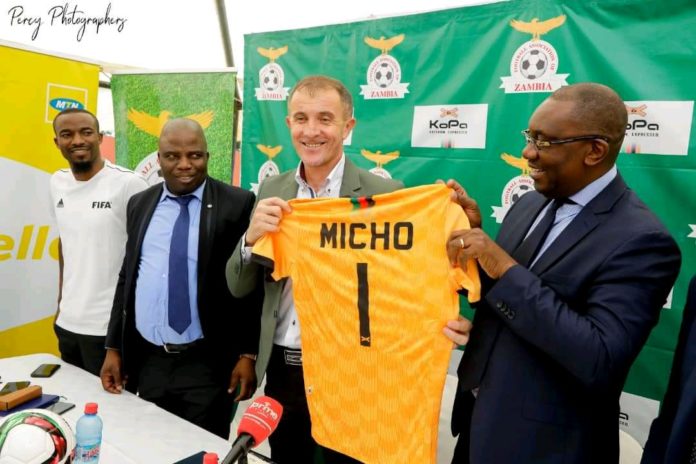 Football Association of Zambia (FAZ) says it will provide a succession roadmap for the vacant Chipolopolo head coach seat.

According to a statement made available to the Lusaka Star by FAZ Communications Manager Sydney Mungala, the association will announce the succession in the next few days.

FAZ General Secretary Adrian Kashala added that the agreement was arrived at in interest of progress for both parties.

FAZ can confirm that a mutual separation agreement between FAZ and the National Team coach after a meeting held at Football house,

The association has thanked Micho for steering the team since his appointment in February 2020 and wished him the best in his future assignments.

Meanwhile, Micho thanked FAZ and the people of Zambia for supporting him during his stay.

I am grateful to the Zambian people, the players, coaches, officials and the fans for the support and positive experience during my time at the helmet of the Chipolopolo and I wish the team the best,

This comes after the Chipolopolo’s elimination from the ongoing Council of Southern Africa Football Association (COSAFA) Cup senior championship.

Each day that comes in a music producer's life is fascinating and interesting. Derick Hakabenze popularly known as Reverb started his work as a...

Youths advised to balance between Human Rights and responsibilities.