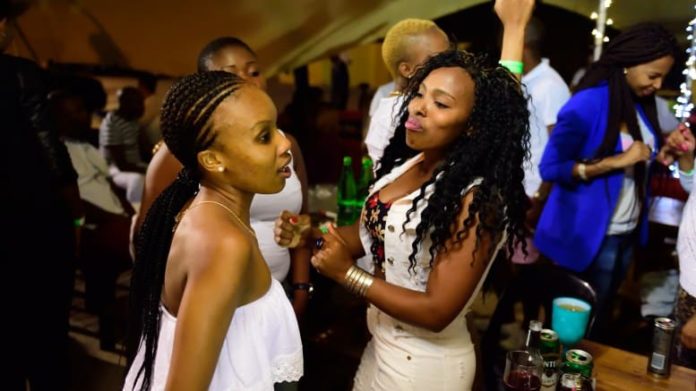 YOUNG Women Christian Association of Zambia (YWCA) has described as worrying the ranking of Zambian women as highest alcohol consumers in the world.

In an interview, YWCA Lusaka Regional President Fosile Sichinga, said there is need to trace the trends to ascertain the consumption patterns of alcohol in order to establish means and ways of regulating  alcohol consumption among women.

“You cannot resolve a problem without knowing the root cause, so let us know the problem first and that we help to find a lasting solution” Ms. Sichinga said.

Ms. Sichinga has urged government to invest in a research in order to establish the cause of the high levels of alcohol consumption by women in the country.

She has also called on government through the Ministry of Guidance and Religious Affairs to come up with programmes for women and regulate the consumption of alcohol during social gatherings such as kitchen parties among others.

Meanwhile, the Non-Governmental Organizations Coordinating Council (NGOCC) has commended government for developing the National Alcohol Policy to curb the abuse of alcohol by men, women and youths in the country.

NGOCC Executive Director Engwase Mwale said in a statement availed to the media  that effective implementation of the policy which has been long overdue will reduce adverse effects of alcohol consumption such as gender based violence, road traffic accidents among others.

“As NGOCC we have over the years been deeply concerned with the moral decay in society which has been manifesting in the abuse of alcohol by both men and women,” said Mr.Mwale.

Meanwhile, Young African Leaders Imitative (YALI) Governance Advisor Isaac Mwanza has said there is need to come up with incentives for young people to be kept busy, in order to compensate for the time they spend consuming alcohol to ensure that the policy is effectively implemented.

“Government must be able to come up with something meaningful to do for youths, otherwise if they do not have something to do, beer drinking will continue being the order of the day for most young people in this country,” Mr. Mwanza noted

And Southern Africa Alcohol Policy Alliance (SAPA) said that there is need to ensure that the recently approved National Alcohol Policy is implemented without fail.

SAPA Technical Advisor Jonas Ngulube, advised government that the policy should be implemented in good time in order for it to succeed.

Mr. Ngulube said the approval of the policy is a move in the right direction towards the fight against excessive alcohol drinking in the country.

“What is important now is for the government to ensure that specific items of the policy are turned into actualisation because it is common in Zambia to have very good policies on paper, but what is vital for us is implementation”, Mr. Ngulube emphasised.

He added that there is need for the interpretation of the policy into local languages so that people are able to understand its contents.

This decision was reached on May 21st, 2018 during cabinet sitting at state house.

Miss Siliya also revealed that according to a survey conducted by the World Health Organization( WHO) Zambian women rank the highest consumers of alcohol in the world.

Cabinet has deliberated on the growth prospects and the need to restore the Gross Domestic Product (GDP) on an upward trajectory in 2019 and...