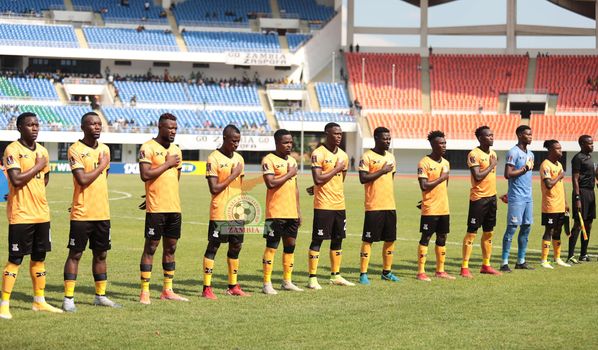 A football analyst has defended the inclusion of Kabwe Warriors midfielder Prince Mumba and Athletico defender Miguel Chaiwa in Zambia’s final 25- member squad to face Ivory Coast and Comoros Islands in the 2023 Africa Cup of Nations (AFCON) qualifiers set for next month.

Some soccer fans have questioned the decision by Zambia National Football Team Coach, Aljoša Asanovic to include both Mumba and Chaiwa in the final squad as they feel the two local players have not impressed when previously called to the national team.

In an interview with Lusaka Star, Martin Sinyinza said that the selection of the two players is good as Mumba is an experienced and dependable player both for club and country, while Chaiwa is a promising teenager who is being groomed for the future.

‘‘Miguel Chaiwa’s call to the team is for him to gain more experience, but otherwise, he is a good player seeing that he comes from one of the strongest teams in the lower divisions,’’ Sinyinza said.

He however bemoaned the absence of Simba midfielder Clatous Chama and veteran goalkeeper Kennedy Mweene who are out of the squad due to injury and club commitment respectively.

Meanwhile, Football Fans Association General Secretary Chawezi Katwizi said that the squad selected by Asanovic is unbalanced as it has some players who are not attached to any club.

“It is so surprising that the likes of Prince Mumba, who are undeserving, are in the squad, and like I mentioned, Mwenya Chibwe is also a surprise because I never expected him to be included because he is clubless,” Katwizi said.

He said that he would have liked Czech Republic-based defender, Benson sakala, to be part of the squad as he has impressed whenever he has been called to the national team.

Asanovic has named a blend of local and foreign players in the squad that will camp in Ghana for a week before travelling to Ivory Coast on June 1.

Legendary entertainer Dalisoul popularly known as Mwana Wamu Komboni says winning awards should not be the basis for him to produce quality music. The singer, who...