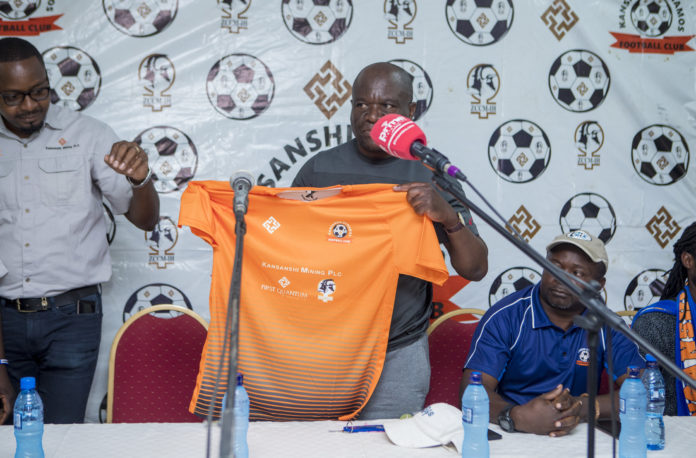 Chambeshi who is also Under-23 national team coach was introduced to the team and the media today at Floriana Lodge in Solwezi.

The club through their President Max Maimbo revealed this during the event that names where proposed and suggested but the club had to take its time to pick on a coach of Beston Chambeshi’s calibre.

Mr. Maimbo said the club is happy to have coach Beston drill the team and thanked Israel Mwanza, who will be assisting coach Chambeshi.

The club president believes Chambeshi is a good choice and hopes that the coach will add value and help turn fortunes at the club.

We are a very determined club and with the wisdom of Coach Beston Chambeshi, we have no doubt we will work good together

Meanwhile, coach Beston Chambeshi thanked the club for the warm welcome to Solwezi and to Kansanshi Dynamos FC.

I’m happy to be in Solwezi especially at this club and a big thanks to the sponsors who have shown that they are here to support the team.

The coach explained that he will do everything in his powers to help Kansanshi be on a position that will please both the sponsors and the fans.

Chambeshi coached Nkana FC from 2017 before joining Kansanshi, helped the Under-20 national team win the 2017 AFCON title and guided the team for the Under-20 World Cup in the same year.

Meanwhile, Chambeshi is expected to head the team into their week 14 game against Kabwe Warriors FC tomorrow.

Following the announcement made by the Anti Corruption Commission, I have instructed the Minister of Home Affairs, Hon. Stephen Kampyongo through the agencies that...