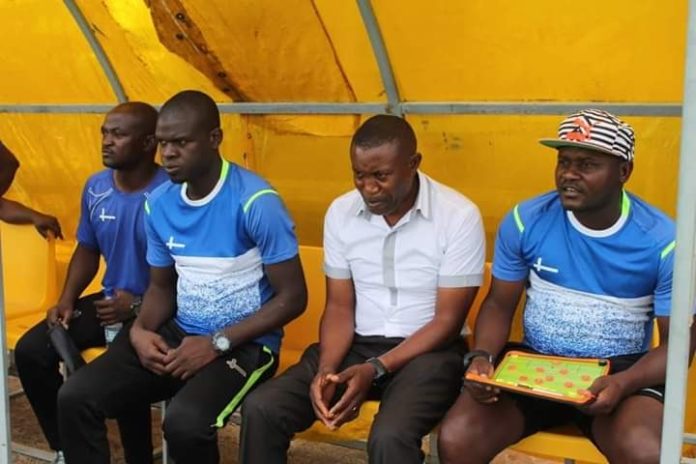 Head coach Dennis Makinka revealed in a pre-match interview that he needs a win in tomorrow’s encounter and that his boys look sharp and ready for Lusaka Dynamos.

Makinka who was assigned to head the team three weeks ago, has lost one game and drawn one so far, with the team still sitting third from bottom with eight points after 11 games played.

We have not recorded a victory in a very long while and another game against Eagles awaits us this weekend but our main focus now is playing Dynamos.

Nkwazi coach, who was assistant to Chris Kaunda will be heading the Policemen and hoping for a victory to see the team escape the relegation zone.

Meanwhile, the two Lusaka based sides are not far from each other in terms of points, with Nkwazi having eight points and Lusaka Dynamos, 12 points.

Apart from losing their first win which carried three points and three goals to Forest Rangers FC after using an ineligible player, Nkwazi has only won one game, drawn five and lost five while Lusaka Dynamos FC has won three matches, drawn three and lost five.

Nkwazi scored four goals going into this game and conceded 11 while Lusaka Dynamos have 13 goals and allowing 14.

The last six meetings have seen Lusaka Dynamos register two wins against Nkwazi while Nkwazi has only enjoyed one win and the rest have ended up in three draws.

The Bank of Zambia (BoZ) is set to increase the daily limit for over-the-counter cash transfers for both Beural De Change (BDC) and Commercial...