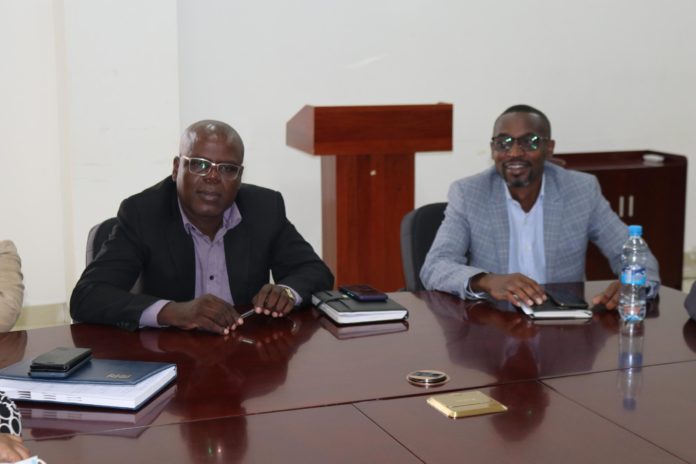 University of Zambia Professional Staff Union (UNZAPROSU) has called on government to make available the K82 million it promised to release towards the payment of gratuities of workers as it will ensure continuous industrial harmony at the University.

Speaking during a press briefing, today, UNZAPROSU President Michael Kaluba said that in November last year, then Acting Minister of Education Elvis Nkandu informed the media that K50 million would be released towards payment of gratuities and a further K 32 million would be made available after government allowed UNZA students with outstanding balances of tuition fees to write their examinations.

The K 50 million which the current government promised and undertook to make available has not been received since 10th November, 2021 when the Government made that commitment,

The government also forced UNZA management to allow students with outstanding balances of tuitions fees to write their exams. To that effect the government made another commitment that about K32 million would be released to support a deficit that would arise after allowing students that owed UNZA fees to write examinations without clearing their balances.

Kaluba noted that the failure by government to release the K 32 million has affected the smooth running of the institution and the process of paying workers their gratuities.

The UNZAPROSU president further added that government has failed to fulfil its promise of looking into the issue of improving conditions of service of workers at UNZA.

Furthermore, the acting minister of education made a commitment to lobby the ministry of finance on the possibility of  a supplementary budget to be submitted in order to address the issue of negotiations for improved conditions of service for the year 2021 at UNZA. UNZAPROSU wishes to state that this commitment has not been fulfilled as UNZA staff have continued working without valid revised conditions of service,

He said that efforts to engage the Minister of Education, Douglas Syakalima over the release of the money have proved futile as he has been avoiding meeting members of the Union.

Kalaba has since said that his Union will not guarantee industrial harmony at UNZA if government fails to release the K 82 million and does not further commit itself towards the liquidation of gratuities and pension benefits owed by UNZA.

Meanwhile, University of Zambia Professional Staff Union said that the merging of the Ministry of Education and Higher Education into one ministry has overshadowed the higher education sector.

We have observed that primary and secondary schools are receiving more attention from the ministry than universities. As a  Union, we feel not much has been done to the higher education sector which has to absorb the expected high numbers of entrants from secondary school as a result of free education policy,

Efforts to get a  response from Both  Minister of Education Douglas Syakalima and Permanent Secretary- Technical Services, Joel Kamoko proved futile as their phones went unanswered at the time of writing the story.

The Bank of Zambia has intensified its nationwide campaign aimed at sensitizing the public on the rebasing of the local currency. The Bank of...