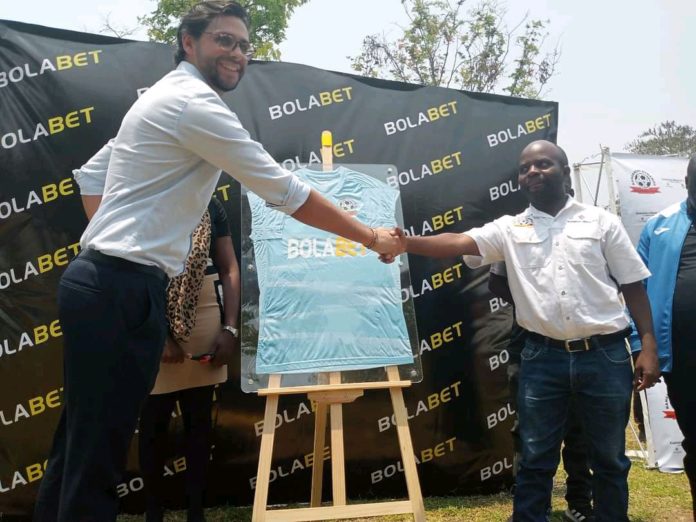 Speaking during a press briefing in Solwezi, Kansanshi Dynamos President Ashton Chibanda thanked Bolabet for coming on board and promised to maintain their stay in top-flight football.

This is an important event because it is a value addition step which we desire as we are an ambitious club, evidenced from our achievements in the past three years, Chibanda said.

Chibanda added that the Mabanga Boys have a number of responsibilities aside from just being a part of the teams in the MTN Super League.

Among the many responsibilities, we need a Women’s team and youth systems. We are trying to put them in place through the support of Kansanshi mine, and the deal with the betting company is a big relief which we will use to establish and develop these structures, he added.

And, Kansanshi Mine Public Relations Manager Godfrey Msiska also thanked the sports betting company for coming on board.

We have seen ambition and a future with this club that very few other clubs have, and I would like to commend the team, and the visionary owners prompting us to become active member of the Zambian football community.

We made a shortlist of teams and Kansanshi Dynamos came out first, because of the professionalism, support base, and the organization of the club which is way ahead of other Zambian clubs, he said.

Palmer added that the deal is specific, but rewarding based on an improvement in the performance of the team.

The deal is incentivized and will see Bola Bet appearing on the replica of the club between the two parties, but besed on the performance from the Mabanga Boys.

Zambia has, for the sixth day in a row, not recorded any new cases of coronavirus (COVID-19) but continued to register patients recovering and...