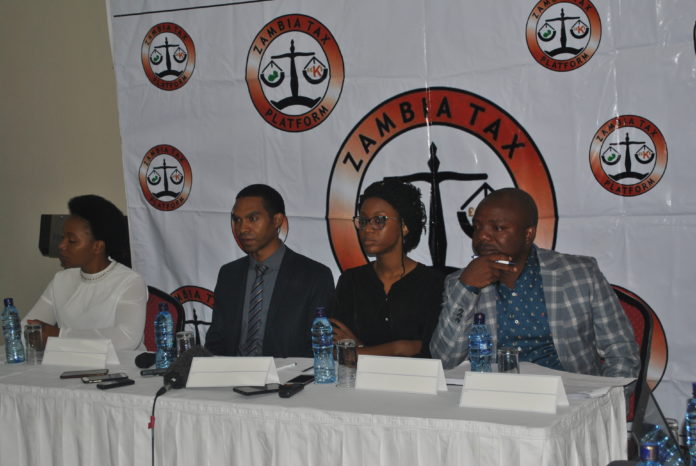 ZTP observed that mining companies had a tendency of threatening to lay off some of its workers whenever government proposed new tax changes.

In a statement issued to the media today, ZTP Chairperson Pascal Bwalya said it was wrong for mining companies to threaten to lay off 21 000 employees because of proposed changes to mining taxes.

“As ZTP, we want to appeal to these mining companies to rescind their plans of dismissing mine workers and instead engage government for a more constructive resolution of this impasse,” the statement read.

Mr. Bwalya said ZTP recognized the need for mining companies to generate profits from their investment as well as having a conducive and consistent policy environment.

He however noted that mining companies also needed to appreciate the need for them to pay a fair share in taxes to government in order for citizens to benefit from their mines.

Mr. Bwalya said mining companies had an obligation to pay their fair share of taxes without taking advantage of capacity deficiencies of state agencies mandated with the task of monitoring them.

The ZTP chairperson also urged mines to provide accurate and verifiable information on their mining operation to the relevant authorities.

He said there was currently a public outcry suggesting that some of the mining companies had a tendency of concealing information about their earning.

“Right now there are concerns among members of the public and other stake holders that mining companies conceal information about their earnings as well as deliberately giving inaccurate information that is not verifiable while at the same time adopting aggressive tax planning and complex institutional structures to advantage themselves,” he said.

ZTP noted that the increase in mineral royalty tax by 1.5 percent on a sliding scale and a 10 percent band increase when copper prices were above $7500 per ton was reflective of the desired progress, taking into account corporate income tax and removal of both windfall and variable profit taxes.

ZTP said this as a reaction to the impasse between government and the mining companies emanating from proposed changes in the Mining Tax Regime (MTR) as announced by the Ministry of Finance in the proposed 2019 budget.

Other stake holders such as the church and opposition political parties also advised mining companies to dialogue with government instead of laying off workers.

Luanshya Municipal Council has embarked on a process to begin consultative meetings with stakeholders in a bid to find ways to encourage residents to...