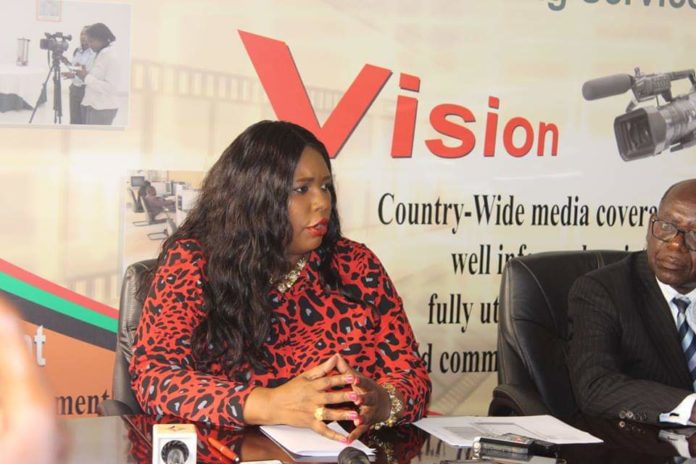 Chief government spokesperson Dora Siliya says the Zambia Centre for Inter-party Dialogue (ZCID) and the church are to blame for the delayed dialogue due to failure of a consensus among them.

The minister noted that government just like many Zambians are eagerly waiting for the dialogue to happen but the chairs are evidently not decided.

“It is clear to us that there is no consensus between ZCID and the Church (invited chairs) who are supposed to convene this meeting are the ones in disagreement, since the meeting of party secretary generals in Siavonga in 2016, we just keep hearing dialogue, dialogue but nothing is happening,” Ms Siliya said.

She revealed that in spite of the President not being invited yet and not in the country at the moment, he is very willing to be part of this dialogue.

The Minister stated that the President is ready to attend the dialogue if invited provided the invitation is given 48 hours prior to the meeting and he is in the country.

She has further urged the stakeholders of this process to put the dialogue matter to bed so that Zambians can focus on other things as they have been waiting for too long.

“We would like to see a logical conclusion of the dialogue as quick as possible and the Summit of Leaders should happen because Zambians are eager to know what agendas will be agreed upon and moreover the word will even lose its significance,” she said.

Ms Siliya also reminded those alleging that President Edgar Lungu is not willing to attend dialogue to know that he was the pioneer of the idea to begin with.

“President Edgar Lungu was the mastermind of this dialogue process in 2016 after he was elected as Republican President, he called on political parties and leaders to meet so that they could address some of the issues that were observed particularly during the 2016 general elections,” she said.

She also made it clear that the interparty dialogue is not handled by the government and it is up to ZCID (a body of political parties) and the Church to agree on who attends.

Meanwhile Ms Siliya has refuted speculations on social media alleging that Southern and Western provinces had less numbers of recruited Teachers than other provinces because teachers were being placed where they were needed and fairness prevailed.

Lungu challenge youths to be agents of change