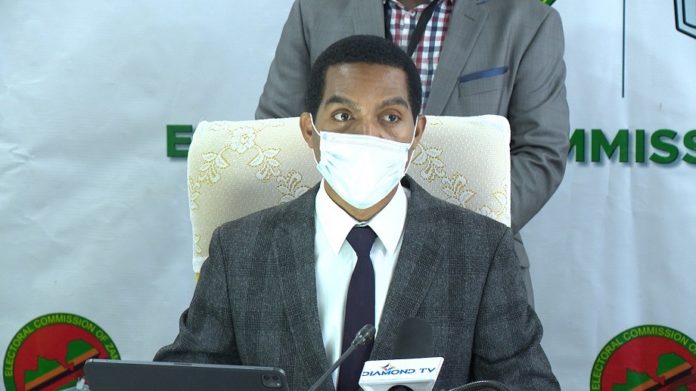 The Electoral Commission (ECZ) has suspended campaign rallies for the Patriotic Front (PF) and the United Party for National Development (UPND) in Lusaka, Namwala, Nakonde, and Mpulungu due to political violence.

Speaking at a press briefing, Chief Electoral Officer Kryticious Nshindano said that the two political parties have disregarded the electoral code of conduct despite earlier warnings from the commission.

The concerned political parties will not be allowed to conduct any form of campaigns and all media houses are advised not to cover any political party activities for the two parties in the said jurisdictions. In the same vein, the Zambia Police should not allow any political activities by the affected parties,

Mr. Nshindano added that all political roadshows shall be suspended as they have become mobile campaigns, which is in a breach of the COVID-19 guidelines, as well as the electoral code of conduct.

He said that political parties have the moral obligation to ensure that the lives of people are safeguarded.

We further need to ensure that the environment does not deteriorate to a level that would facilitate the conduct of elections impossible,

Mr. Nshindano further noted that mobile roadshows should not be used to spread political violence.

Further, we have noted with dismay that the road shows are being used to instigate violence, pulling down of campaign materials and instilling a sense of fear in the general public. Campaigns are meant to give hope to the public through the sharing of campaign messages and not the maiming of each other and public disorder,

He says the suspension of political campaigns in the districts shall be reviewed after 14 days.

We challenge the presidential candidates of the UPND and PF to issue a strong rebuke to their supporters and appeal for peace and coexistence during this campaign period. It has always been our belief that President Edgar Lungu and Mr. Hakainde Hichilema should take more responsibility for the violence perpetuated by their supporters instead of only complaining when their supporters fall victim to the same,

He added that it is regrettable that methods to stop political violence have not been utilized.

Zambians will recall that in 2016, the PF government set up a Commission of Inquiry on Voting Patterns and Electoral Violence after the general elections that year. The Commission of Inquiry collected vital information and submitted a report to President Lungu at a ceremony at State House. However, the government did not bother to prepare a white paper and the President casually asked government printers to make this report available to the public,

Mr. Nyambe said that the lack of action from the government may have contributed to the violence that is being experienced.

To our knowledge, very little action was taken on the 33 recommendations made by the Commission, and we are convinced that the violence that threatens to besiege our electoral process this year, is largely a result of government’s failure to take action on the findings of that Commission of Inquiry,

There have been reported incidences of political violence, attributed to the Patriotic Front and the United Party for National Development, during campaign roadshows. Both parties were cautioned by the Electoral Commission of Zambia on June 11th, however, the violence continued.