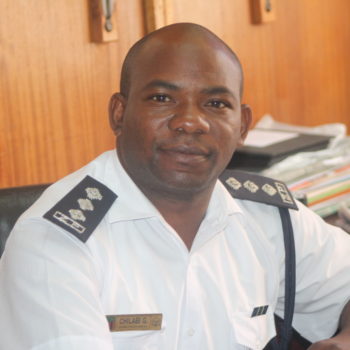 The Zambia Police (ZP) has urged members of the public to be acquainted with legislation on paid and non-paid-for services from the Zambia Police to avoid being misled or swindled.

Speaking during UNZA Radio’s Lusaka Star Radio Magazine Programme, Zambia Police Assistant Public Relations Officer Godfrey Chilabi said members of the public can also engage the police service in finding out details on prescribed fees and fines as well as services that do not require any payment.

There are those services that one can pay for and these are not determined by us but government through pieces of legislation that talk about prescribed fees and fines; some of the services that are paid for include getting a police bond or a clearance form.

I must make mention that services like getting a medical report are not paid for, as well as getting a police bond; of course, there is a fee attached to the bond but that is surety which is only supposed to be paid if one abrogates the provisions of the bond,

Mr. Chilabi noted that the police service had done away with handling cash by hand except in areas far from banks.

He added that following the roll-out of non-cash handling policy by the Home Affairs Minister Stephen Kampyongo in 2017, the police service was working on actualizing it even in places without banks.

The ZP Assistant Public Relations Officer further urged members of the public to engage the police service on matters of concern stating that the police no longer works as a police force independent from community engagement, but as a police service on the premise of providing services to the members of the public even as a law enforcement agency.