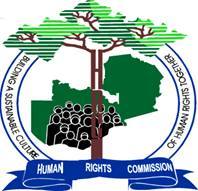 The Human Right Commission (HRC) has demanded for the release of wife of police officer who allegedly shot a fellow cop stating that she was unlawfully detained by police.

HRC said it was deeply concerned with the detention of Loveness Mwale wife to the police officer who allegedly shot his colleague in Lusaka and calls for her immediate release.

In a statement released recently, the Commission’s spokesperson Mweelwa Muleya said they received complaints from the relatives who have not seen Ms Mwale from Saturday the 12th January 2019.

The relatives complained that she was brutally apprehended by the police officers in three vehicles on Friday 11th January 2019 and taken to Chelstone police station where she was detained and they haven’t seen her since.

“The Commission calls upon the police to immediately release Ms Mwale from their custody and respect her human rights of health, liberty, inherent dignity and allow her to communicate and meet with her family and relatives,” he said.

The Commission has established that Ms Mwale accompanied police officers to Mongu to help track down her husband Edwin Kabasiya, the police officer who allegedly  shot dead constable Lenonx Kapila.

This is after the Commission made follow ups with the police to find out Ms Mwale’s whereabouts.

“The Commission is seriously concerned with at the fragrant violation of Ms Mwale’s constitutional right as there is neither a court order nor reasonable suspicion of ms Mwale having committed any criminal offence warranting her detention,” he said.

The law stipulates under Article 13 of the constitution of Zambia that the right to liberty can only be lawfully taken away among other circumstances, where there is a court order or upon reasonable suspicion of a person having committed, or is about to commit a criminal offence under the law in force.

We are a world of people with different body sizes, height and weight. Though some people may be similar, there is still an amount...