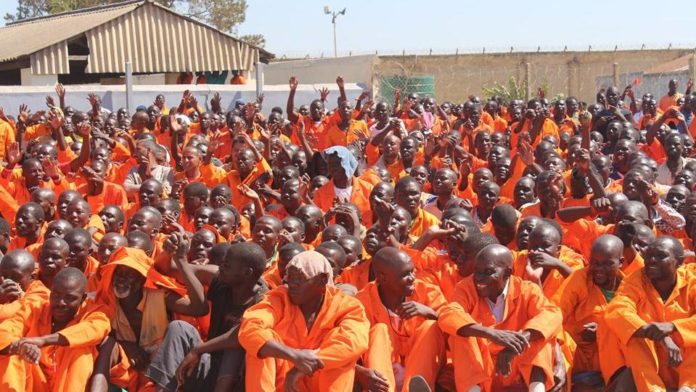 Government has said that it is looking into empowerment reforms that will ensure that former inmates are accorded the chance to be employed in both the private and public sector.

Speaking in an interview with the Lusaka star, Dr Mulenga said the Zambia-Egypt Joint Project is an active effort to ensure former inmates who have performed very well stand a chance of finding stable jobs after prison.

Dr Mulenga noted that some farmers have hired former inmates who were trained under the Egypt joint venture farm project.

We need to change the rules, formalize and encourage government as well as various stakeholders to employ former inmates once they have been rehabilitated and declared fit to return to society.

He further explained that the reason why the perception was changed from prisons to corrections was to show that the aim for conviction was not just punishment but rehabilitation so that inmates can be fit to return to society as productive law-abiding citizens.

Former inmates can only be productive if they can be employed, that’s why in correctional facilities they are given new skills so that when they get out they can find some productive employment either by self-employment or the private sector and as we go forward, even by the public sector.

And Mr Chileshe also encouraged the Zambian people to remember that everyone is a potential convict and that the general citizenry should change their mentality and look at corrections as a place where offenders of law are rehabilitated and trained to be law-abiding citizens.

The Jesuit Centre for Theological Reflection (JCTR) has urged investigative wings to probe the councils that were named in the recent Auditor General's Report. And...