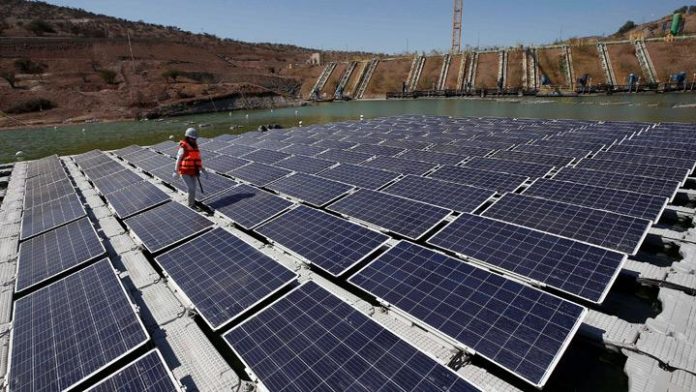 Zambia has signed a Memorandum of Understanding with Toyota Tsusho Corporation for the development and implementation of a 100 megawatts solar power project.

His Excellency, President of the Republic of Zambia, Mr. Edgar Chagwa Lungu witnessed the signing ceremony which took place on the margins of the 7th Tokyo International Conference on African Development (TICAD7) Summit in Yokohama, Wednesday.

And speaking earlier when Mr. Kashitani called on him, President Lungu called for expeditious implementation of the project.

The President also called for continued cooperation and dialogue for the success of the project.

The President assured Toyota Tsusho Corporation of government support as the company will be an important partner in the health sector.

Meanwhile Mr. Kashitani said his company will train Zambian engineers to work with Japanese engineers to operate and manage the two power plants in order to transfer skills and knowledge to the locals.

And Totyota Tsusho Corporation, General Manager for Energy and Infrastructure, Mr. Hideyuki Oiwa said the solar power project which is expected to be completed by August 2021 will be implemented under the Engineering, Procurement and Construction (EPC) with Finance project scheme and supported by the Japanese government.

Mr. Oiwa said the project which is unique in the Southern African region will be established with Photovoltaic (PV) and Batteries to allow for lighting after sunset.

TICAD SUMMIT is an international conference led by the Japanese Government held every three years on African Development.

This information was according to a statement issued by First Secretary for Press at the Embassy of Japan in Zambia.

By SIMEON MBEWE The farmers who stated that they may abandon the e-voucher programme cited failure by government to provide them with farming inputs on...