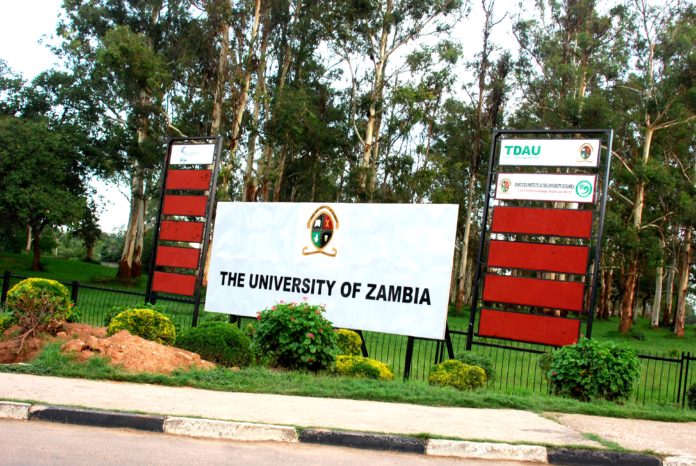 The University of Zambia Lecturers and Researchers’ Union (UNZALARU) has told  government to urgently remit financial grants due to the institution to avoid disruption of academic operations.

UNZALARU has demanded that government should release a ZMK78 million owed to UNZA in order for the institution to operate at its full capacity.

This is contained in a recent press statement released by UNZALARU.

UNZALARU General Secretary Dr. Kelvin Mambwe explained that UNZA  is not in a position to pay staff salaries from internally generated resources alone, adding that the institution is now at the verge of industrial unrest with potentially adverse consequences to its academic calendar, performance and ranking.

“It is such delays which, earlier this year forced the University Management to rely on overdrafts through a commercial bank to pay salaries of employees which is a very unsustainable and expensive initiative but one that Management had to undertake to ensure industrial harmony at the institution,” Dr. Mambwe said.

He added that UNZA survives on internally generated resources and a monthly grant from the government totaling ZMK39 million; of this amount, ZMK15 million represents tuition fees from students sponsored by the Government.

“It is outrageous when the sources of revenue are drying up and government is failing to meet its obligation to more important social sectors such as education,”  Dr. Mambwe stated.

Dr. Mambwe also expressed disappointment in the Minister of Higher Education, Prof Nkandu Luo, who is quick to condemn UNZALARU when they take action to air their grievances adding that the Minister has not uttered a single word of protest or assistance to resolve the matter of unpaid salaries.

” If Professor Luo is unmoved by the plight of those she is supposed to serve, then what will? If she is interested in the smooth functioning of the University and the well-being of UNZA staff, we urge her to persuade government to do the right thing: release the grants owed to the University immediately,” warned Dr. Mambwe.

University Of Zambia HIV/AIDS Peer Educators Association has urged other HIVAIDS educators to sensitize the public on all the ways the disease can be...