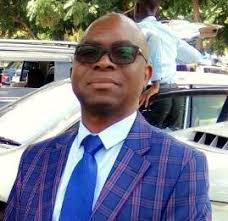 The University of Zambia (UNZA) has confirmed the extension of the Academic Calendar for two weeks from a Senate meeting held on Wednesday this week.

UNZA Public Relations Manger Damaseke Chibale said the University Senate had a meeting whose focus was on the institution’s Academic Calendar.

Mr. Chibale said the extension  was communicated to the Permanent Secretary of the Ministry of Higher Education and that it was agreed upon.

Mr. Chibale stated that the extension was done to enable lecturers to catch up on the lost time during the go-slows and ensure that the students are given the needed material on which they should be examined on.

He said it is Senate’s desire to give students another opportunity to learn from their lecturers for the extended two weeks.

The Public Relations Manager said the new dates for the examinations would be communicated to the students as soon as the Senate’s Committee come up with the new examination time-table.

Mr. Chibale added that the Academic Year had been affected by the delayed payment of  salaries to lecturers at the institution of higher learning.

He said for some time lecturers were not teaching because of financial challenges that they were facing.

Zambia Seed Company Limited (Zamseed) has revealed that wheat production is expected to increase by 40 percent as a result of the good rainfall...