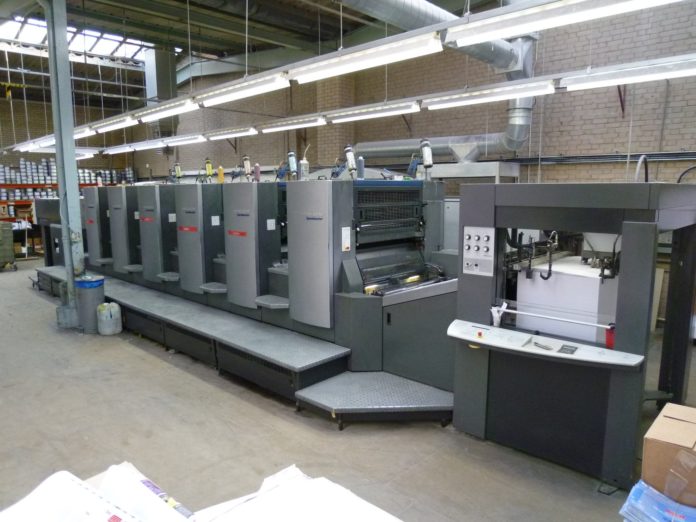 A K10 million-worth printer commissioned by the University of Zambia (UNZA) is expected to take the Printing Industry by ‘storm’ according to Vice Chancellor Prof. Luke Mumba.

Prof Mumba also expects the printing revenue for UNZA Printers to increase from the current K675, 000 to K1.7 million per quarter.

He said the institution expects to make around K6.8 million per annum from the printer and be able to recoup the expenditure within a short time frame.

“With an expected revenue of roughly K6.8 million per year, we hope to be able to recoup the expenditure within 20 months of the printer’s operation,” he said.

Prof Mumba also explained that the new printer will increase UNZA’s printing market share from the current 30 percent to 60 percent in the Higher Education sector.

He disclosed that the money used to purchase the printer was not a loan or a grant but was earned using UNZA’S internal revenue lines.

Meanwhile, Minister of Higher Education Prof. Nkandu Luo said there was need to create a mechanism to ensure that such business ventures live up to their expectations.

Prof. Luo, whose speech was read by Higher Education Permanent Secretary Mabvuto Sakala, further demanded that her ministry wants to see profits being made from the printer.

“We want to see this venture grow into a fully fledged printing enterprise with independent state of the art infrastructure,” she said.

Prof. Luo also said that allocated funding to the higher education sector will not be sufficient to meet the full costs required to ensure that UNZA runs smoothly.

“The weakened financing position to Higher Education is not unique to Zambia, it’s a challenge that most governments around the world are grappling with,” she said.

Prof. Luo noted that despite her knowledge of the many challenges UNZA faces, it was only possible to resolve them when it was clear that the institution could not handle them by itself.

Earlier on, Heidelberg, the company which supplied the printer to UNZA said this version of the printer was “a true revelation to the printing business”.

The Water Resource Management Authority (WARMA) has expressed concern over the low levels of groundwater which have hit their lowest in ten years. WARMA attributed...