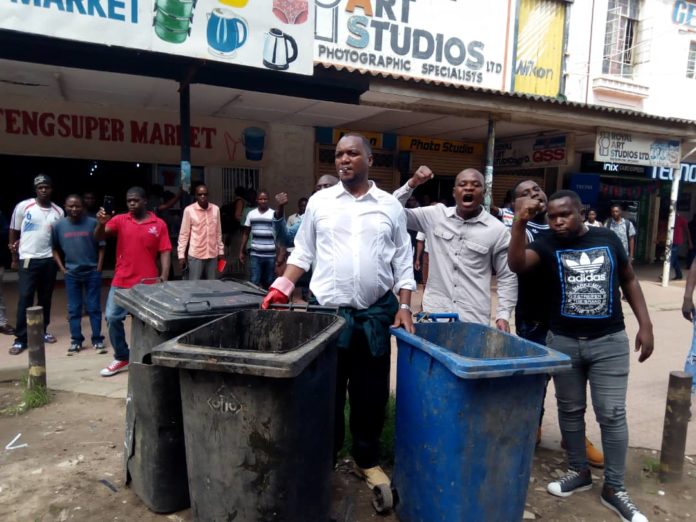 Speaking before the operation today, Mr. Sampa noted that LCC had a responsibility of preventing sickness in the city and that cleanness was a priority.

He said the council had to render action by cleaning the city for three months rather than just taking reports to his office about the status of the city.

“I am asking LCC Police that in the next three months they shift their efforts towards Operation Ubusaka as we want our city to be clean to prevent cholera,”  he stated.

Mr. Sampa also expressed ingratitude of the garbage left unattended to at Lusaka City Market (LCM) adding that he had given LCC 5 hours to take care of the waste.

Mr. Sampa said it was inappropriate for people to be trading in a dirty environment especially that it was rainy season when water borne diseases such as cholera were difficult to prevent.

She said the council was aware of the problem and was doing anything possible in ensuring that the problem of garbage collection was attended to.

The Road Development Agency (RDA) has said works on the Kafue-Mazabuka road network project are to be completed by 2020. Speaking in a phone interview...