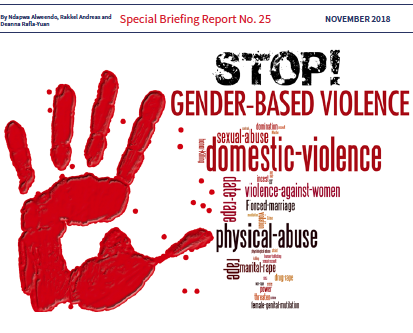 The Zambia National Men’s Network for Gender and Development (ZNMNGD) is displeased with police officers at Chongwe Police Victims Support Unit (VSU) for advising the mother of a 15-year-old girl who was defiled to settle the matter out of court.

In a statement, ZNMNGD National Coordinator Nelson Banda described the situation as a sad development and has since called on the police command to follow up the circumstances which led the officers to give such advise.

Police should not have advised the mother to settle the case out of court as it is not their mandate to do so. The law is very clear that sexual violence is a criminal act,

Mr. Banda added that this will likely discourage other GBV victims from reporting cases to the police and encourage perpetrators to get away with their criminal acts.

He also said that it is wrong for police officers to advise victims of GBV to settle cases out of court, knowing the traumatizing implications that GBV has on victims.

Mr. Banda further noted that it is not the first time police at Chongwe VSU are behaving in such a manner that subtracts efforts in the fight against GBV.

He said that in October last year, police failed to apprehend four young men who gang raped a 14-year-old girl of Nchinchili Village on the account of lack of transport.

We feel that such attitudes by some police officers makes the community lose confidence in the police and is also one of the reasons that discourage victims from reporting GBV cases because they feel that nothing much will be done to prosecute perpetrators,

Meanwhile, Mr. Banda commended the headteacher, guidance counselor and boys network at the school where the girl learns for encouraging her to return to school as she had opted to stop reporting for fear of being stigmatized by her peers.

The 15-year-old grade 9 school girl was defiled by a 55-year-old man of Chuulu Village in Rufunsa District.

The suspect was initially apprehended by police at Chinyunyu Police Post and later transferred to Chongwe Police where a docket was opened on August 26, 2020.

However, when VSU advised the mother of the victim to settle the matter out of court, the perpetrator was released and has since fled from the village.