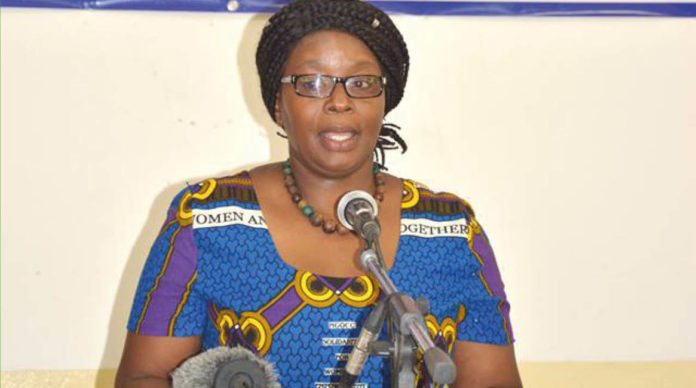 NON-Governmental Organization Coordinating Council (NGOCC) has expressed disappointment over the delay in the operationalization of the Gender Equality and Equity bill.

NGOCC Executive Director Engwase Mwale said it was disappointing that the bill was not yet operationalized since its implementation in 2015.

“We received the news of the enactment of Gender Equality and Equity bill in 2015 with happiness but then four years down the line, nothing has happened,” she said.

Ms. Mwale said government should come up with a commission that will ensure that the bill is working and referred in court by next year.

She noted that there were many gender related cases that were happening in the country but perpetrators were getting away without feasible punishments because of lacking proper guidelines.

Ms. Mwale said there were many other gender related bills that were enacted before such as the gender equality bill of 2011 but it was not operationalised.

Meanwhile, Minister of Gender Elizabeth Phiri said she could not promise how soon the commission will be appointed to be in charge of operationalization the bill.

Ms. Phiri said there were various factors that needed to be considered before such a commission was formed.

The minister however said government will do everything possible to ensure that the bill was operationalized.

Early last week, Women and Law in Southern Africa (WLSA) director Matrine Hazyondo said it was also important to educate people on the existence of the Gender Equality and Equity Bill.

Ms. Hazyonda said part of the reason why government was reluctant to operationalize the bill was because very few organizations and people showed interest to talk about it.

She also called on other gender related organizations to take a leading role in sensitizing people about gender based violence and other vices.