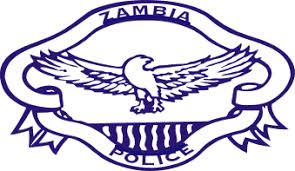 The Zambia Police Victim Support Unit (VSU) has urged parents, guardians and other members of the community to report all cases of child defilement and child labour as soon as they happen.

Inspector Mpala was reacting to a recent case in which a 27-year-old shopkeeper allegedly defiled and impregnated a 15-year-old maid in Kitwe.

And Mpala has warned the general public to desist from employing minors as maids as it is against the law and that anyone found wanting will be prosecuted.

Sections 132 and 138 of the Penal Code stipulates that anyone who has carnal knowledge of a child below the age of 16 is liable for conviction to not less than 15 years or to life imprisonment.

According to the 2021 Zambia Police Annual Gender-Based Violence (GBV) statistics, a total of 2,238 cases of child defilement were recorded, of which 2,219 were girls and 19 were boys.

Meanwhile, Faith Chibwe, a child rights activist said it is unfortunate that girls are no longer safe in their own homes and streets.

Chibwe stated that the police need to take keen interest in such matters so that perpetrators are punished according to the law.

She added that defilement has got adverse effects on the mental well-being of an abused child which can affect the general welfare of that child.

“A child who falls pregnant is deprived of a lot of things like their childhood innocence and ability to freely associate with their fellow peers because of the shame, guilt and fear of being laughed at,”she noted.

The Child Rights Activist also stated that any child below the age of 16 should not be hired as a maid as it an infringement on their right to education and recreation.

According to the UNICEF child protection statistics, child labour prevalence in Zambia stood at 23 per cent in 2018.

Minister of Foreign Affairs Joseph Malanji has said that Zambia supports the African Union (AU) agenda of building a single market as envisioned in...