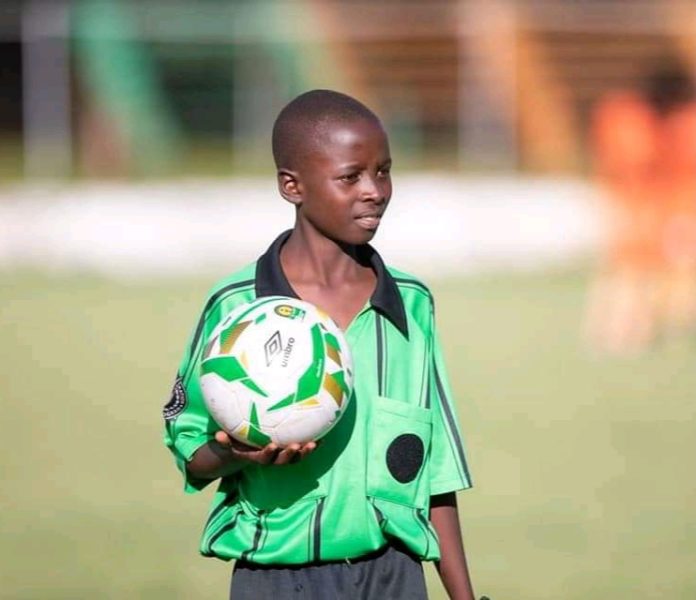 The Confederation of African Football (CAF) has asked the Football Association of Zambia (FAZ) to watch over the development of emerging referee Rapheal Mbotela.

Speaking in an interview with Lusaka Star, FAZ Referees Manager Aziph Banda said pictures of Mbotela were seen by the Confederation leading to the request.

The Confederation learnt about the young referee through various posts on social media and asked for his details as well as the association nurturing his talent,.

Banda said the association has been in close contact with Mbotela since it identified him.

We knew about the Copperbelt-based whistle man some time back and have followed him closely because of his knowledge in the game,

He said the association intends to keep young referees busy through various training and courses.

FAZ invites the young centre man to be part of the participants of the Young Challenge Referees course to take place in September or October this year,

He noted that FAZ will nurture and place him into the academy of many other young referees countrywide.

The referee’s administration at FAZ is eager to grow and nurture such talent, therefore Mbotela will be a part of the academy due to the ineligiblity  to officiate games organized by FAZ due to his age,

This comes after photos of Mbotela were circulated by Zesco United Media team after he officiated the Zesco United-Forest Rangers friendly game.

The young centre referee is known to have good officiating skills and knowledge on modern football.

By Vincent Matandiko and Josephine Banda The Zambia National Union of Teachers (ZNUT) in Central Province has called on the Ministry of General Education to...