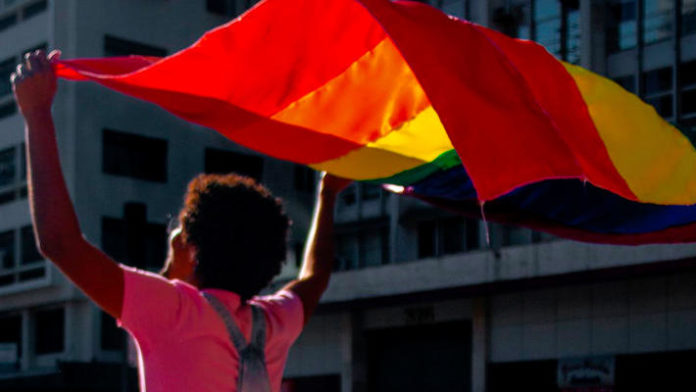 It’s amazing what we choose to give attention to sometimes.

Of all the alarming things happening in our country, we are choosing to focus on two grown people of the same sex who have chosen to be sexually attracted to each other? Should this really be something we should even focus on albeit it being a serious crime?

Keep in mind that the ministry of Religious affairs minister Godfridah Sumaili commented on homosexuality on June 22 2019, calling it a serious crime. It’s almost a wonder that we don’t get commentary on issues that really affect us.

Zambia has many growing scourges that we as a nation should pay more attention to other than this story.

Rape is one of these growing scourges, news stories about rape have continued to increase in our media for instance; On June 10 2019, a 22 year old man of Linda township in Lusaka was taken to court for raping two women. In another story on August 23 2019, 6 men were charged with raping a cop’s wife in Lusaka and three days later, a Kitwe man committed suicide after raping his 17 year old niece. As you can see, the rape culture is increasing.

In spite of Zambia been declared a Christian nation, rape cases have been so rampart that hardly a day passes without reading from newspapers or hearing from radio or television about rape cases. What is the ministry of religion and guidance doing about it?

What is so disturbing is the fact that three quarters of those raped are very young girls, in some cases as young as two years old. For instance; on June 13 2019, Christopher Chipulu raped his 3-day old daughter in Chipili District of Luapula Province who was later pronounced dead after a physical examination by a worker at the hospital she was rushed to.

A question can be asked again, Should homosexuality be something we should even focus on albeit it being a serious crime?

Secondly, barely a day passes in Zambia without the report of a case of violence against women, whether in a rural or an urban setting. In some areas, the number of reported cases averages 50 a day. It is widely believed, however, that many cases go unreported, and numbers keep growing and some lead to death of victims. For instance, on 19th June, 2019, a 44year old man of Luanshya’s Mikomfwa Township had allegedly beaten his wife to death following a marital dispute.

Looking at how alarming the cases of rape and abuse have been, the following questions can be raised:

As a minister of Religious guidance what is she doing about these cases?

Why is she mute on rape and murder of a 3day old baby?

Isn’t that something a Religious Minister should be more concerned about?

More efforts should be implored by the Minister of Religious affairs on some of these issues. Silence is never an option on piercing matters like rape and gender violence.

In as such as homosexuality is a crime and should be condemned following the declaration of Zambia being a Christian nation, serious issues should not be neglected at the expense of other insignificant crimes such as rape which is a sensitive issue and a serious crime.

If the Ministry of Religious affairs and Guidance diverts its attention to less piercing matters at the expense of distressing issues like rape and gender violence, what will become of this nation?

I stand on a hill, heavily burdened and proclaim my message to mother Zambia and her children. Too many times have we heard 'One Zambia, One Nation' yet...