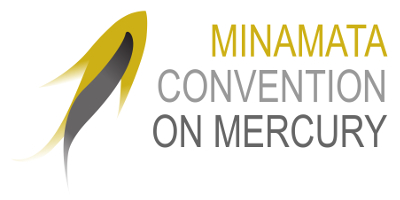 The Minamata Convention on Mercury has availed that the Convention stakeholders, parties, and Secretariat have made a lot of progress towards the development of a mercury pollution-free world in the past year of 2020.

In the recently documented and published Progress Report 2020 Overview of the Minamata Convention on Mercury activities, the report revealed that as of 2021, there were 127 Parties that had ratified the Convention.

The report also established that the Minamata Initial Assessments carried out by many parties revealed that the presence, use, and end-of-life management of mercury-added products was a substantial concern in their countries and recognized them as priority areas in the implementation of the convention.

The Secretariat facilitated an in-depth understanding of Convention requirements regarding the phase-out among Parties and stakeholders by organizing online information sessions on the 2020 deadline.

“Furthermore, part of the contribution of the European Union on mercury-added products through the second project with the Convention, titled “Support to the implementation of the Minamata Convention through accelerating the intersessional processes”, will support market surveys, as well as the development of training materials for policymakers and customs and trade control officers, and pilot training at national or subregional levels.” The Report revealed.

Minamata Convention on Mercury Executive Secretary, Monika Stankiewicz said that the Convention was a promise of a world where people and the environment were protected from the risks posed by mercury.

Ms Stankiewicz said that mercury excess, either from the decommissioning of industrial facilities or existing stocks, had been disposed of in an environmentally friendly way in many of the environments of the ratified parties.

She said that the Convention presented did not only present a vision, but also a solid plan on how mercury pollution and risks were going to be phased-out.

“Any new, currently unknown, major uses of mercury are decided to be efficiently addressed under the Convention. Emissions of mercury are drastically reduced thanks to the phasing down of old industrial plants and the use of best available techniques and best environmental practices,” she stated.

“Mercury is no longer widely used in artisanal and small-scale gold mining. Admittedly, achieving this goal is as challenging as a moon shot,” she explained.

She, however, explained that the global community, through universal membership of the Convention, succeeds by engaging actors through the entire gold value chain.

Ms Stankiewicz established that since there was no demand for mercury, trading in mercury was illegal in most cases.

She added that the transformation to a better world was within reach and in the hands of the Parties to the Convention.

The Executive Director submitted gratitude to all stakeholders for keeping the Convention a high priority and for their inspiring actions in the field in their countries.

And Director-General for Solid Waste, Hazardous Waste and Hazardous Substance Management under the Ministry of Environment and Forestry in Indonesia, Rosa Ratnawati said that this was a time for special Multilateral Environmental Agreements (MEAs) with regards to combating mercury pollution, trading and its harmful use.

She added that important negotiations were coming up such as the 26th United Nations Climate Change Conference (COP 26 UNFCCC), the Fifteenth Meeting of the Conference of the Parties to the Convention on Biological Diversity (COP 15 CBD).

Ms Ratnawati said that the adoption of post-2020 global biodiversity framework, and the Fifth session of the International Conference on ChemicalsManagement (ICCM-5) and the conclusion of arrangements for the sound management of chemicals and waste beyond 2020, which would together define the direction to the future of a global environment with regards to mercury phaseout.

The Director-General said that Indonesia was one of the parties that were very committed to supporting global efforts in mercury reduction and elimination.

“Considering that mercury is a hazardous and toxic material, the resident of the Republic of Indonesia issued a presidential regulation, No. 21 the Year 2019, on the National Action Plan on Mercury Reduction and Elimination,” she said.

She said that with the action of the country’s president, Indonesia was among the first countries to announce a national plan to phase out mercury.

Ms Ratnawati said that the Presidential regulation sets targets of reducing the use of mercury in the manufacturing sector by 50 per cent and in the energy sector by 33.2 percent from the current levels by 2030.

She added that this course of action would also be reciprocated in artisanal and small-scale gold mining (ASGM) sector by 2025 and in the health sector by end of 2020.

Meanwhile, The Children’s Environmental Health Foundation (CEHF) Country campaigner for Mercury-Free Dentistry in Zambia, Michael Musenga observed that Zambia has also made sufficient progress towards the phasing out of mercury in products in the country as of Article 4 of the Minamata Convention on mercury.

Mr Musenga explained that the Dental Fraternity in the country established mercury in the dental amalgam to be toxic to the patient and dentist.

He established that in 2001 the Ministry of Health in Zambia together with the Teeth Savers International conducted robust awareness on the use of substitute materials to dental amalgam.

Mr Musenga said that all practising dentists /therapists were oriented in Atraumatic Restoration Technique (ART) and that a school to train school leavers in ART was initiated in 2001 in the country.

He clearly explained that dental amalgam contained 50 percent mercury which was very harmful to one’s health.

“Program was integrated into primary health care throughout the country with children from the ages of 6 being the target and Zambia has been running the program for almost 20 years now,” he said.

He mentioned that all dental schools in the country have stopped using dental amalgam and have had meetings to have the academic curriculum changed to this effect.

Mr Musenga added that various stakeholders gathered last year in Choma on 12 May 2020 in Southern Province of Zambia resolved to phase out dental amalgam and make Mercury in Dentistry a History in Zambia.

On 5th  November 2020, the Director-General of Zambia Environmental Management Agency (ZEMA) took the responsibility to domesticate the international agreements starting this year January, and one of the International agreements is the Minamata Convention on Mercury taking into consideration the complete phasing out the dental amalgam in children and adults and this is because Zambia stopped the use of dental amalgam in children 20 years ago and the nation should go towards a  transition period to completely phase out the  Dental amalgam by the use of mercury-free alternatives in order to promote public health.

“With the attack of COVID-19 pandemic in Zambia, the domesticating of International Agreements will effectively help in addressing the effect of the pandemic,” Mr Musenga explained.