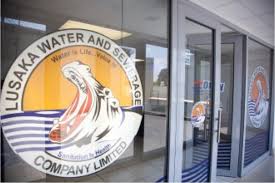 The Lusaka Water Supply and Sanitation Company (LWSC) has called on Landlords and tenants to discontinue the use of old pit latrines.

This follows the fatal incident in Garden Park area of Lusaka where a couple died after a pit latrine and surrounding ground curved in.

In an interview with the Lusaka Star, LWSC Public Relations Officer Nshamba Muzungu said that people should migrate to new and improved latrines as they are safer and improve sanitation in communities.

Mr. Muzungu explained that the LWSC has not put up any measures to monitor the safe building of pit latrines because it is not their responsibility but that of tenants and landlords in the area.

We are however working towards migrating people from the old traditional pit latrines and have already started constructing new and improved latrines in George compound, Kanyama and Chawama,

He added that it is important for every household and individual to take responsibility in ensuring that they have a good and safe toilet.​

Meanwhile, local residents and tenants in Garden Park area have appealed to local authorities to be monitoring how and where pit latrines are constructed.

The residents have also called on their landlords to build toilets that will last longer so as to avoid such incidents from happening again.

The residents added that following the unfortunate incident, most people in the area are afraid to go into pit latrine toilets and have resorted to using plastic bags in order to relieve themselves.

And, a resident of Chawama area who migrated to the new latrines said they are better than the old traditional ones as they are more hygienic and has since urged fellow residents to adopt the new and improved latrine toilets.

The complaints were lodged, they were heard and the response was quick. Usually the acting president Piyo Ndlovu,  popularly known as ‘Tolo’ only addresses...