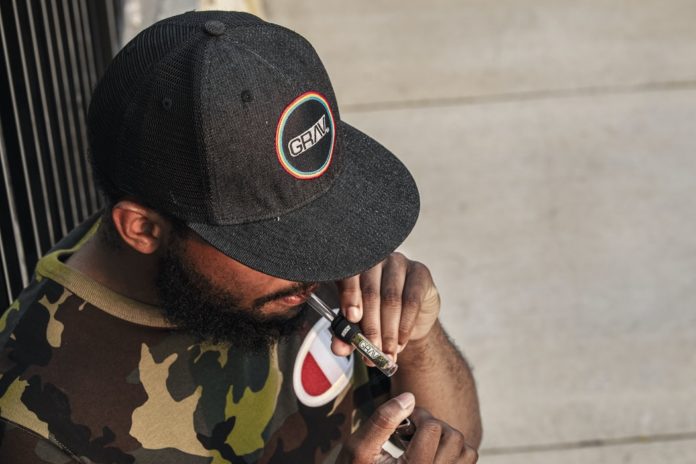 Substance abuse is seen to have  numerous negative impacts on the community. From one becoming an addict and engaging in criminal and dangerous activities to having complicated health problems.

Some youths think abusing substances makes them look cool or earn respect from their peers not knowing that they are at risk of having serious health conditions.

Over the years, there has been a rapid increase of substances such as marijuana, over the counter drugs (OTC), alcohol, cannabis, heroine and many more amongst youths in Lusaka.

Volo is parked on a small folded papers and is sold at K15.

The user usually buys the substance about four to five times a day, begging the question where these young people get the money from considering that they do not have any source of income.

This trend has not gone unnoticed from member of the public as Lusaka residents have called on the government to intervene in the matter.

People have complained that youths between the age 16 and 20 have dropped out of school and started abusing the said substance.

Further residents have complained that there has been a rise in criminal activities in many areas around Lusaka.

One of the residents, Mary Banda complained that she is scared to leave her house because theft has rapidly increased in her area.

Even in broad daylight some youths break into some houses and steal property,

Mr. Kamanga said this substance is mainly abused in Lusaka as there are no records of it in other towns.

He added that the intake of this substance is very detrimental to health as the abuser tends to lose weight, have respiratory and cognitive problems, notable body changes, behavioral and mental health challenges and in the worst case scenario, can lead to death if someone does not get help soon enough.

Mr. Kamanga however said that the commission is carrying out operations and arrests to cut off the supply of cannabis which is one of the substances that is used to make Volo.

He said that on May 19, 2021, the commission managed to seize about half a tonne of cannabis in Chongwe.

We are also trying to cut out the supply of heroine around country and have put serious measures on entry points of the country,

Further, he said that the commission has taken the initiative to sensitize youths in schools and the general public through various media platforms against abusing any sort of drug as it is dangerous to their health.

The abuse of Volo or any other substance poses major threats to the society. With the lives of the youth at stake, there is need for more sensitisation and mental health awareness programs and rehab centers to help abusers cope with their habits. With the DEC doing the most to stop the intake of this vice, it is also the responsibility of the community to report or stop youth from engaging in these activities.

“Government and other players in development must carry out self-introspection to establish and urgently address the cause of youth unproductivity, marginalization and despondency,” JCTR...