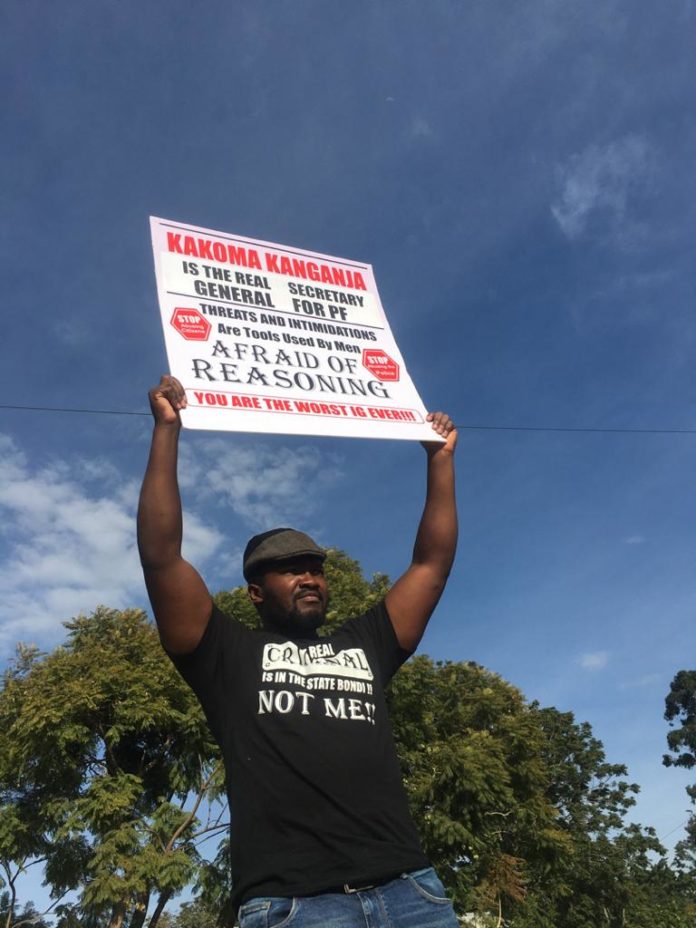 A former police sergeant has been detained after staging a lone protest this morning.

The former officer, Jeyson Chipepo, staged a solitary march from the Lusaka High Court to the Police Headquarters.

Mr. Chipepo said he was protesting against intimidation from the police.

The protest was live streamed on his Facebook page, and mainstream media houses picked up on it.

The police are supposed to protect me and not harass me. We need to keep telling these people the truth,

Mr. Chipepo said during his protest.

He added that the police force is failing to tell off politicians, which is the reason that politicians use them.

He also said he left because of the lack of principles in politics in the country.

Mr. Chipepo has since been detained at Kabwata Police Station.

And the Zambia Police Service has not said anything in relation to the protest so far.

Although World AIDS Day is a great opportunity to get people talking about HIV and host various fundraising ventures, there is need to remember...

UNDER-17 SELECTION KICKS OFF