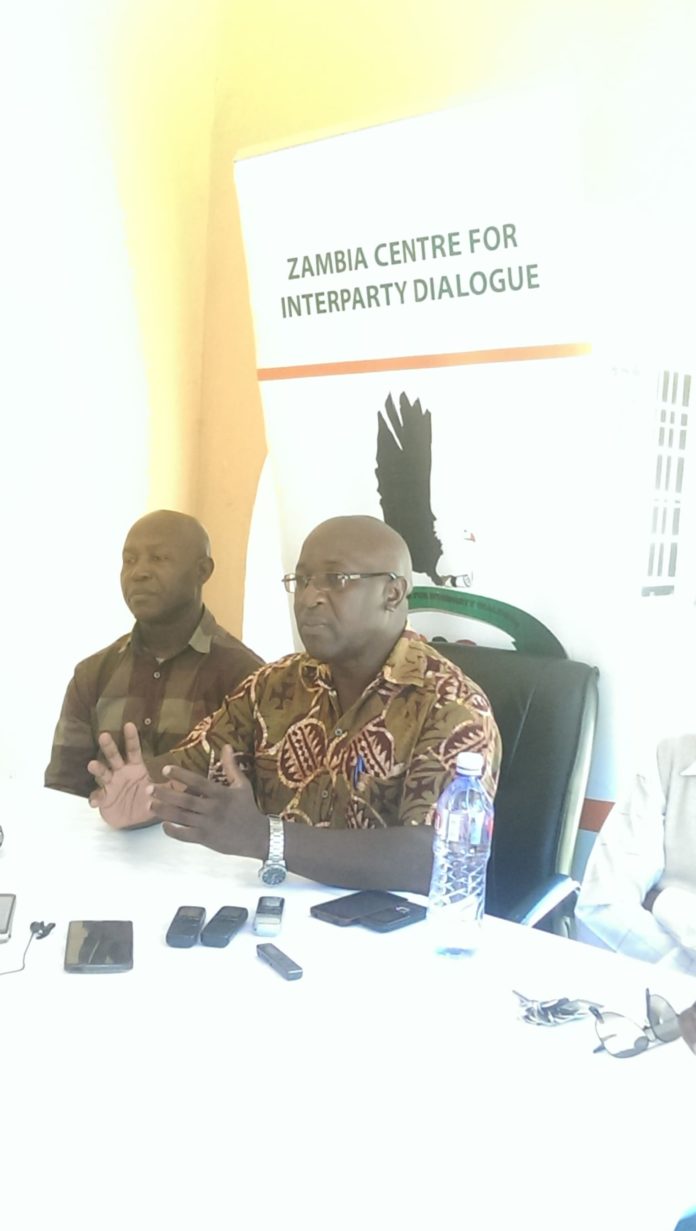 The Zambia Centre for Inter-party Dialogue(ZCID) says that capacity and confidence in the board should be built when all political parties and stakeholders participate and not detach themselves from the dialogue process.

Speaking when he addressed journalists in Lusaka, ZCID Chairperson Nathan Mulonga said that the claims that the board has no ability to handle the dialogue process were futile and not contributing to the whole dialogue process.

Mr. Mulonga said that claims by UPND that the board had no capacity to handle the process were questionable when in fact UPND was once part of the ZCID board.

He explained that the conflicts and issues to be addressed in the whole dialogue process were minor and could be dealt with fairly without any external involvements.

“ZCID is an independent body and comprised of all political parties including UPND itself and we should not be judged on capacity when all stakeholders are involved,” he said.

He said it would be paramount for the UPND to state the issues of capacity that they want to be tabled and not walk away from the whole process.

The ZCID Chairperson said that the outcome of the dialogue will benefit the Zambians who were the major priority.

He said that he is optimistic that the dialogue process will serve as a channel of communication and exchange of information amongst various stakeholders.

Mr. Mulonga said that some of the issues such as the Public Order Act, Constitution amendments and electoral reforms will be tabled during the process and that ZCID is hopeful that this will rekindle a culture of dialogue and consultation amongst various stakeholders.

Meanwhile Mr. Mulonga has said that the dialogue process will commence with the initiation of a National Democratic Stakeholders Summit from 14th May, 2018 which will facilitate for an inclusive dialogue process.

He added that various stakeholders should participate so as to address national issues amicably and avert divisions arising from conflicts.

They say work with no play makes Jack a dull boy so here is where the fun was at. The Junior Chamber International (JCI) held...