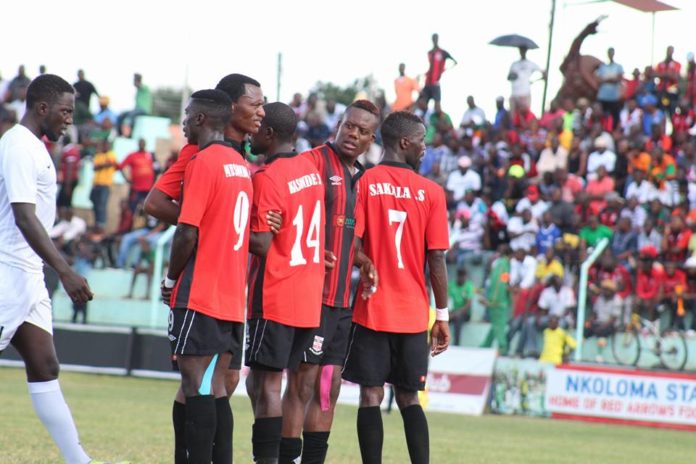 Zanaco Football Club head Coach Numba Mumamba says his team is ready for the second leg match of the CAF Champions  set for this weekend in Rwanda.

The Club recorded a disappointing barren draw at Nkoloma Stadium in the first round against APR football Club of Rwanda  left the country on Thursday for their second leg encounter.

“My advice to my players is that they should stay focused and be confident ahead of this weekend’s match. Am confident that we will carry the day,” Mumamba said.

The Zanaco Fc trainer added that the team needed to apply themselves well and forget about their goalless draw.

Mumamba stated that he had no doubt that his charges will sail through to the next round of the CAF Champions league.

Last year Zanaco FC were eliminated in the first round of the tournament and are seeking  to conquer Africa by recording a win against APR in Kigali  this weekend.

Zanaco is taking part in this competition after their winning the 2016 MTN/ FAZ super league season.

National heritage lies in the rich history of our land Zambia! A land blessed with natural resources and tourist attraction site yet importance is attached...