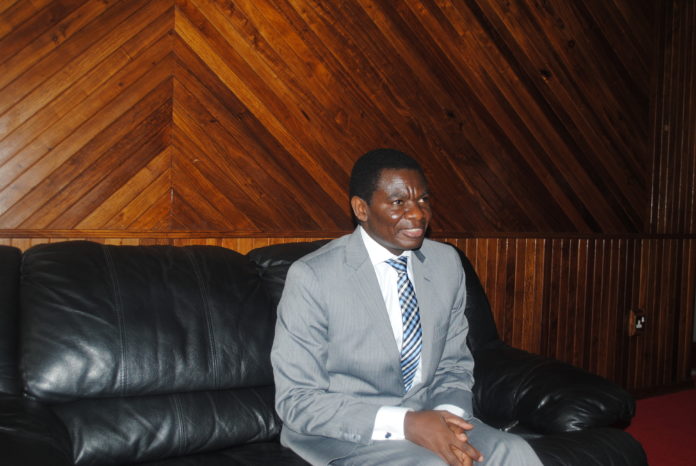 MINISTRY of General Education says parents should feel free to buy school uniforms from anywhere as long as it meets the requirements of a particular school.

General Education Minister David Mabumba said parents were at liberty to obtain school uniforms from anywhere as long as it marched the standards of a buyer’s host school.

He said there was no law within the Ministry that gave restrictions on where uniforms for pupils were to be obtained from.

“Parents must be free to buy uniforms from any seller, if parents want they can get Uniforms from South Africa as long as they can afford to do so,” he said.

Dr. Mabumba however noted that the Ministry had not yet sat to determine what penalty or sanction to give to any school found wanting.

He further advised that parents should contact the nearest Ministry of Education office in an event that they found themselves in this situation.

The Minister also warned that the ministry will not take it lightly for schools that had a tendency of selling school places in addition to the agreed school fees.

He said this was not permissible as it undermined the integrity of schools and the education sector as a whole.

Dr. Mabumba also disclosed that the ministry had no issue with all those who wanted to give out donations of any kind to various schools.

He was responding to questions from journalist on whether politicians were allowed to donate to schools following the rejection of computers from Roan MP Chishimba Kambwili at a named school in Luansya.

He said the Ministry had no problem with schools receiving donations of any kind from anyone regardless of one’s political affiliation.

“We don’t know what happened in the case of Hon Chishimba Kambwili, but we have no policy as a ministry on that, however, the recipient school administration has a right to assess the condition and nature of a donation and whether or not it is required,” he said.

Meanwhile, Ministry of Higher Education Director of planning Succeed Mubanga said there was need to change the training process of teachers towards getting ‘first graders’ from high school.

Mr. Mubanga told Lusaka star that the Education sector had for a long time been perceived as a destination for second graders.

“We want to change the focus in the selection process of teachers, we want to make it more competitive by getting school leavers with best grades,’ he said.

He said it was the desire of the Ministry to see the best students from high school joining the teaching profession.