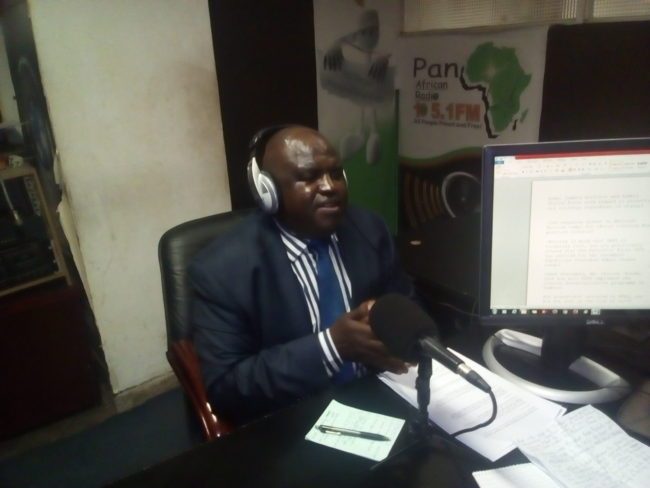 The opposition United Prosperous and Peaceful Zambia (UPPZ) has advised the Church and Zambia Center for Interparty Dialogue (ZCID) step aside to ensure a smooth dialogue process.

UPPZ President Charles Chanda said the political party dialogue must not be interfered with by third-parties so as to allow interactions among party leaders.

Mr. Chanda stressed that the two mother bodies only need to participate when the process after there is failed progress.

“The president of this country should be the one to chair the dialogue process by calling for political party presidents… Even the bible clearly states that when you have a dispute, resolve the issue amongst yourselves and only turn to third parties when you fail to resolve your dispute,” he said.

Mr. Chanda said there is need to let the party leaders to meet to first identify the various problems that require solutions rather than jeopardizing the process by involving external influence.

And Mr. Chanda charged that ZCID has failed to clearly state which members of the concerned political parties should be part of the dialogue process, as a result displeasing other parties.

He said ZCID’s continued tolerance of Patriotic Front (PF) Roan Member of Parliament Chishimba Kambwili as National Democratic Party (NDC) must not be accepted because ruling party cannot be represented by two people.

Mr. Chanda said “Dr. Kambwili’s continued clinging to the PF seat for gratuities is saddening” and urged the Roan lawmaker to resign to give up the parliamentary seat if he wants to represent NDC.

Meanwhile, The Zambia National Students Union (ZANASU) called on the church to postpone the proposed dialogue scheduled for 18th January 2019 to a later date to allow for identification and engagement of all keys stakeholders as opposed to having a political centered party dialogue.

ZANASU President Misheck Kakonde said a meaningful dialogue needs an organized blueprint that clearly defines to ensure the individual parties prepare and contribute to the deliberations in a reasonable manner.

Mr Kakonde noted that there are too many uncertainties as to who should attend the dialogue process and identified the exclusion of the youth who are the drivers of tomorrow’s dialogue.

“In particular, the church cannot overlook the participation of students and the youth who have always been major players in Zambia’s democratic process while entertaining every Jim and Jack who form political parties to advance their personal agendas,” he said.

He said they are not satisfied nor sure that the church and the Zambia center for inter-party dialogue (ZCID) have put their houses in order to facilitate a meaningful dialogue that will reflect a national character and have desirable results.

“We have noticed and take cognizant of the fact that the secretariat for the dialogue which is supposed to have representation from the church, ZCID and the Ministry of justice has not been put in place,” he said.

Mr. Kakonde also urged ZCID to ensure an inclusive process that will embraces all stakeholders other than limiting their focus on political parties.

ZAMCOM calls for recognition of veteran journalists as Zambia turns 50

THE Zambia Institute of Mass Communication Educational Trust (ZAMCOM) has urged journalists in the country to remember veteran journalists as they commemorate world press...