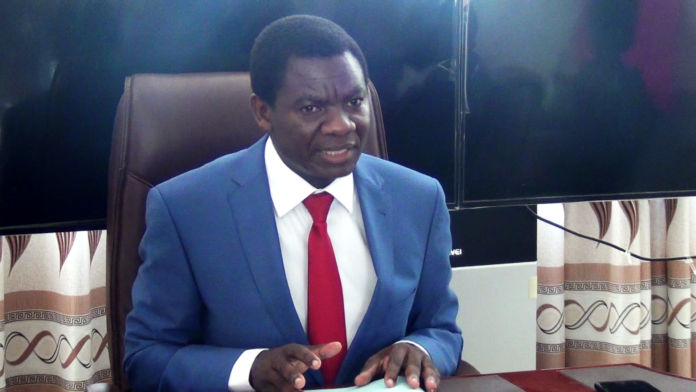 THE Ministry of General Education has revealed that all the 388,331 candidates that sat for the grade 7 composite exams in 2018 have been selected to grade 8.

Dr. Mabumba said the improvement in the progression rate was an indication that school places were created at secondary school level.

The Minister was however concerned with the number of candidates who obtained division 4, which is the lowest grade at grade 7 level.

“We are happy that all those that sat for the exams have made it to grade 8 but again, the number of those in division 4 is quiet worrying,” he said.

The Minister also showed concern over the increase in the rate of absenteeism, with a total of 55, 258 candidates missing out.

“I am disappointed with a relatively growing trend of absenteeism from exams. We cannot have 55, 258 students miss exams, from this number something needs to be done,” he said.

Earlier on, Minister of General Education Permanent Secretary Dr. Felix Phiri said the grade 7 exams were realized at an appropriate time before parents could spend all their resources on Christmas and new year’s day celebrations.

He said there was need to strategize on how to spend money during the festive season because schools were opening soon.

Dr. Phiri said the Ministry will continue working hand in hand with the Examination Council of Zambia (ECZ) on many areas that needed improvement.

Meanwhile, ECZ director Dr. Michael Chilala said results were not yet segmented according to provinces because there were some consultations that needed to be finalized before such statistics were made public.

Dr. Chilala also said grade 9 results will be announced before the end of the year to ensure that all pupils open on the same date next year.

A development activist has charged that it is not an offence for public servants to use local languages in public institutions as it is...