ZAMBEEF is reported to have booked a profit of K23 million after taxes in the first half of the 2018 financial year.

The reported profit margin is three times more than for the corresponding period of last year.

Company Chief Executive Officer, Francis Grogan, said the improving economic conditions and new macro stores have helped food processors and retailer Zambeef products grow its business from K5.2 million at the close of the first half of 2017 to K23 million for the year ending March 31 this year.

“The improvement in revenue was set against a backdrop of an 18.8 percent increase in costs, particularly for electricity, fuel and levies, and the impact of cholera earlier in the year,” said Mr. Grogan.

Mr. Grogan added that Zambeef’s chain of 205 retail outlets both own-brand and within Shoprite supermarkets remained at the heart of the business, with demand from consumers driving supply throughout the business and reinforcing its position linking the country’s farmers with consumers.

“We have entered the second half of the financial year with a renewed sense of optimism that the difficult times of recent years are hopefully behind us. We have used that time productively to establish a solid platform from which to move forward now that market conditions have started to improve,” he said.

The CEO explained that Zambeef’s retail operations are growing from strength-to-strength, with four new macro retail stores and one Shoprite store opening in Zambia and in Nigeria in the first half of the financial year.

He said the growth emphazised the Group’s market-driven approach, through which retail demand drives production along their value chain.

“The Macro stores, which sell Zambeef’s full range of cold chain food products, along with Novatek stock feed, and in some instances Zamleather’s Zamshu brand footwear, are bringing World-class standards of hygiene, service, security and affordability to low and medium density urban and peri-urban areas,” he added. 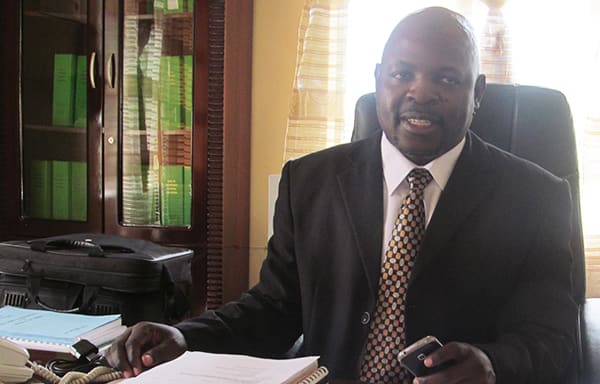