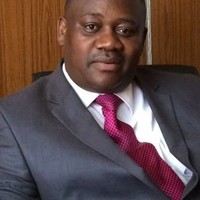 The bridge which is about 6 kilometers from Lundazi BOMA on the Chipata – Lundazi road was washed away on Friday 21st December 2018 following a heavy rainfall in the area.

In an interview with Lusaka Star, RDA Director Communications and Corporate Affairs, Masuzyo Ndlovu said the agency is trying by all means to ensure that the construction of the temporal bridge is done within 10 days.

“There are plans of constructing a temporary bridge and that should be done in the next few days, few days can mean about three to 10 days per say,” said Ndlovu.

He said that the temporal bridge is just to continue the flow of traffic and people moving from Lundazi to Chipata District and vice versa.

Ndlovu said engineers’ work is however dependent on the rainfall patterns adding that the project would be complete within the specified time if there are dry spells for them to work properly.

In the meantime, the director has urged people moving from Chipata to Lundazi and vice versa to use an alternative root at Zumwandi turn off.

“Zumwanda turnoff which is 15 kilometers before the bridge is the root being used as an alternative for now and it goes on through the palace of chief Zumwanda until you you get to Lundazi,” said Ndlovu.

Furthermore, the Director said RDA is also discussing about the permanent bridge which has to be constructed after the estimates are done.

The stereotype of men dominating the defence forces in Zambia is evidently coming to an end with increased numbers of women in the National...