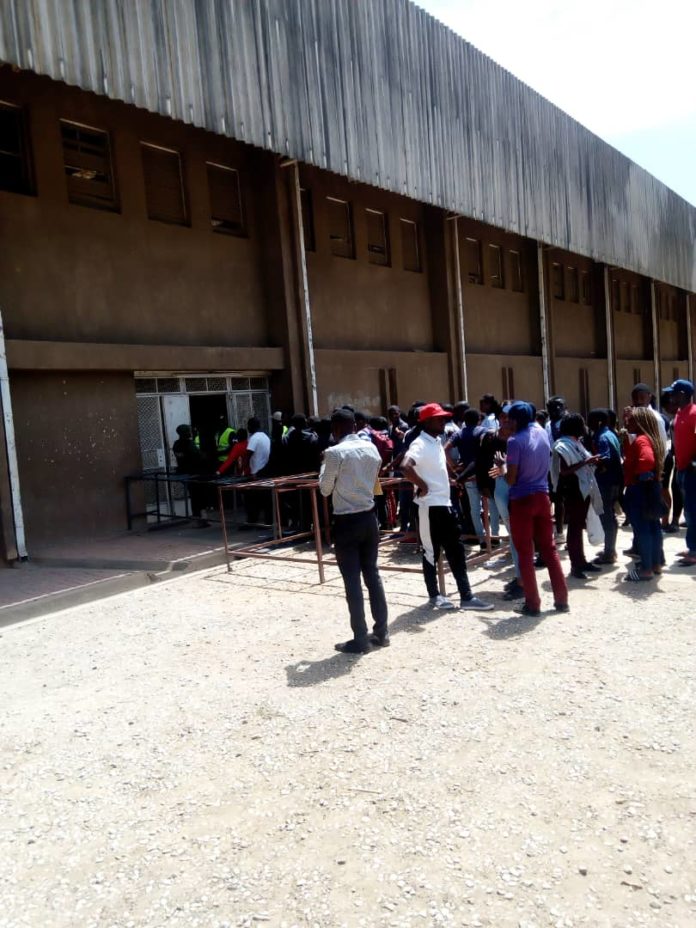 University of Zambia Students Union (UNZASU) elections have this afternoon been characterized with commotion after word went round that ballot papers have run-out.

The aggrieved students expressed their displeasure towards the University Electoral Commission as they chanted slogans of displeasure.

The slogans chanted went as far as threatening a disband of the polls.

The students wondered how ballot papers would run-out so early considering the time voting was officiated.

The Commission only allowed electorates to start casting their votes at approximately 07:40 hours, about an hour and a half passed schedule.

Meanwhile, all candidates vying for various positions were called for a meeting by the institution’s students’ union electoral commission to discuss the way forward.

However, the electorates, who are the students, remained in suspense and as they were waiting to be addressed by the University electoral commission.

In a separate interview, UNZASU presidential candidate notes that the Commission was supposed to print enough ballots to cater for all registered students to avoid commotion.

Saviour Mayunda said the inadequate ballots would discourage students from voting especially those staying outside campus.

And University Electoral Commission official Kwinsi Jones Mumba said about 10,000 ballot papers were printed but some were damaged.

Mumba said there was a bigger turn-out this year as compared to last year’s adding that this led to the scourge.

He added that the voting time will be extended to compensate the lost hours.