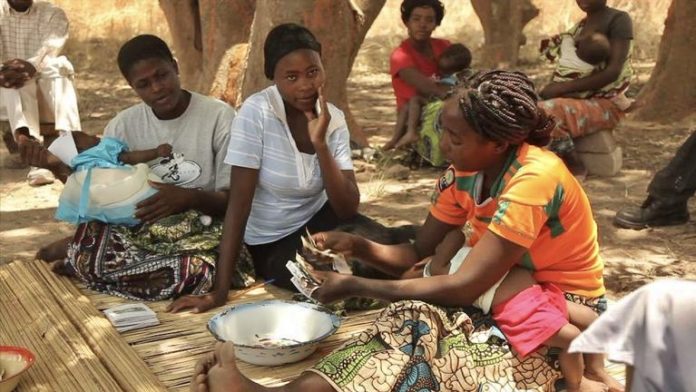 Village banking has become a major source of income for many people, particularly women in many parts of the country.

Women come together to form saving groups ranging from 10 to 40 people, generating money saving schemes and share loans among themselves to improve their livelihood.

They meet once a week to deposit their savings and get loans.

The women make deposits of up to, or more than K10,000 per week, depending on how many they are in a group.

Deposits are not fixed for this practice as member can deposit any amount they have on the day of the meeting.

The money is deposited into a wooden or metal box with one member entrusted with the keys to the box.

In a statement issued by Bank of Zambia (BoZ) Assistant Communication Director Besnart Mwanza on September 16, 2020, he explained that BoZ does not regulate or supervise village banking.

The BoZ licenses, regulates and supervises entities that are covered by banking and financial services Act, 2017 and these do not include village banking or saving groups,

This usually causes uncertainty for some people to who want to become members of a group.

However, BoZ recognizes the important role that village banking plays in communities to help low income entrepreneurs to improve their businesses and save money.

The BoZ recognizes the relevant role that village banking or saving groups play in communities, including transitioning their members into other forms of financial services and driving the financial inclusion agenda,

Additionally, microfinance has helped a lot of people to improve their businesses and youths to save money.

23 year old Loveness Sakala of Kabanana compound is one of many youths who has taken a step to become a member of a certain savings group in her area.

Ms. Sakala narrates that she joined the group because her mother, who also is part of the group, convinced her to join and to this day, she has been happy that she joined because it helps her save money.

It is helpful to me in terms of saving money. I am also eligible to get a loan from the group twice the amount that I have saved which is to be paid back in three months with a 20 percent interest,

She further explained that the 20 percent interest paid is added to her savings.

Ms. Sakala however stressed that one of the challenges the group faces is the lack of trust among some members of the group.

Because this is an informal way of saving money based moral collateral, it is often difficult for some members to stand by that basis, adding that it leads to some members exceeding the agreed period to pay back the loan.

She added that for safety reasons and transparency, members are usually told to keep a written record whenever they make their weekly deposits.

Before we start saving, we are told keep a record of the money that we deposit every week and I have a book where I write each time I make a deposit,

Women have expanded their businesses by getting loans from their savings group.

Hellen Zulu of Mtendere compound is one of the people who expanded her business after getting several loans.

I used to run a small business selling vegetables at the market but now am renting a shop selling meat, fish and other groceries,

She said she intends to invest more in her business for it to grow effectively and she hopes more women join the practice to help themselves and their families.

Even though many hesitate to join these groups in fear of losing their money, the chances of losing money through swindling or scam in village banking are slim as compared to money circulation schemes which are the distribution of funds by recruitment of subscribers promising huge amounts of money for subscribers. It is considered as an illegal activity by BoZ and people are advised to refrain from it.

However, village banking is safer because it is a self selection of trusted members of the community. Money can only be lost in an event of death, that is, if the person who got the loan passes away.

Member of the group also contribute a certain amount of money to cushion the loss of money by paying what is known as a “social fund”. This is the money that is paid to cover emergencies among members of the group such as accident, funerals, hospital bills and other emergencies.

Village banking has helped a lot of women across the country, to improve their lives and to help their families and to become productive members of society. Members have improved their businesses through accessing soft loans. It is an effective way of saving money for future use. However, members of the public should take precautions in joining various groups to protect their savings and to avoid theft.

Government through the Ministry of Labour and Social Security has cautioned foreign investors to refrain from abusing workers in the country. In an interview with...