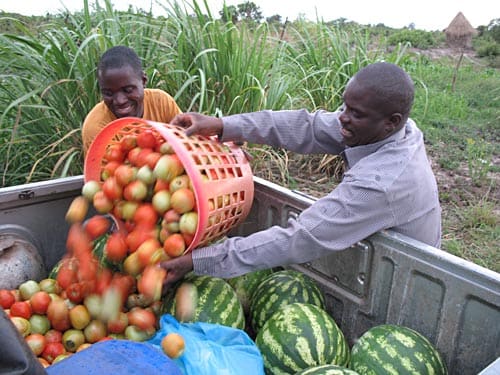 University of Zambia lecturer Orleans Mfune says the agriculture sector is very important to the development process of any country adding that the agriculture sector alone currently generates about 18 to 20 per cent of the country’s Gross Domestic Product (GDP). A Lecturer at University of Zambia (UNZA) has called for the introduction of new farming methods if the country is to diversify its economy to agriculture.

Dr. Orleans Mfune, who is a lecturer in the department of Geography, noted that the agriculture sector is very important to the development process of any country.

He claimed the agriculture sector alone currently generates about 18 to 20 per cent of the country’s Gross Domestic Product (GDP), exp[laining that the figure can go up if new farming methods are introduced.

He said in order for the agriculture sector to add value to the growth of the country, farmers should adopt other forms of farming and initiate crop diversification.

The Geography lecturer added that the country should also move from sole dependence on rainfall to other forms of irrigation, especially in drought prone areas.

“There is need for the farmers to adopt other forms of farming methods available and not only depend on the rains for irrigation.

“Using other forms of irrigation methods will encourage the production of agricultural products all-year round … and this will increase productivity in the agriculture sector,” Dr. Mfune noted.

He said conservation farming is one of the farming practices that enhance crop productivity of conservation agriculture in the region.

Meanwhile, Dr. Mfune has noted with sadness that climate change mitigation and adaption programs in Zambia still remain a challenge.

He said a lot still had to be done in sensitising farmers on issues regarding climate change.

He said this has the potential to improve farming yields as crops would mature before the end of the rain season.

“The situation needs to be checked. The persistent problems of environmental degradation and climate change have posed a lot of challenge among the farmers hence affecting agriculture production and productivity in the country, “he said.

Climate change is gradual change of the earth’s general weather patterns in a short period of time.

It is mainly caused by rampant deforestation and pollution from industries and automobiles.

Student unions have done nothing but waste and mismanage student funds for far too long. The recent financial scandal that the University of Zambia...