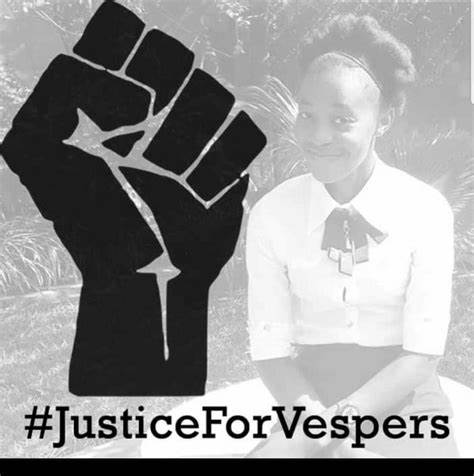 The government says it will compensate the family of late University of Zambia (UNZA) student Vespers Shimunzhila, K500,000 with six percent interest per year for the loss of her life.

Father to the deceased, Davison Shimunzhila, sued the State demanding damages for loss of life.

In his statement of claim, Mr. Shimunzhila stated that the investigation into his daughter’s death found that the tear gas fired into the rooms caused the fire and smoke which led to the asphyxia suffered.

“The actions of the State were reckless, negligent and were a complete disregard for human decency, human life and respect for the law,” Mr. Shimunzhila said.

He stated that the death of his daughter permanently deprived her of the opportunity to live a full life.

Meanwhile, High Court Judge Sharon Newa allowed the agreement entered into by Mr. Shimunzhila’s family through their lawyer from LCK chambers and the Attorney General’s chambers on April 23, 2020.

The parties having agreed the terms in which a judgement should be made and consenting to a judgement being drawn up in such terms as hereafter provided. By consent it is hereby agreed and adjudged that;

I)The plaintiff be paid the sum of K500, 000 with interest at the rate of six percent per annum from the date of the consent judgement to the date of the final payment in full and final settlement claim.

II)The defendant shall pay the plaintiff’s advocates the sum of K15, 000 in costs,

The judgment read in part.

Mr. Shimunzhila has vowed to further seek justice for his daughter’s death after the Coroner established that the cause of death was asphyxia due to smoke, but no police officer present could be held liable.

The incident happened when the police were deployed to the campus in an attempt to control the unrest from the students who were protesting against delayed payment of meal allowances on October 4, 2018.

Local retail stores and small business shops have opted to remain closed following the announcement of the election results due to fear of being...