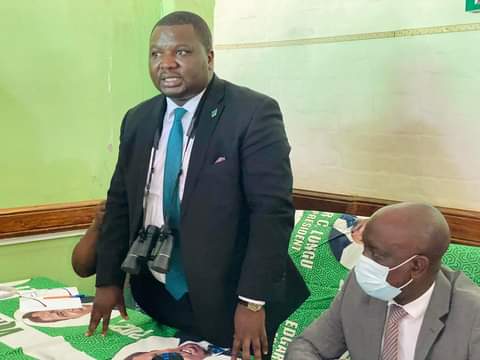 Opposition Patriotic Front (PF)  says there is nothing special about the Anti-Corruption Commission (ACC) arresting and charging Charles Loyana, the alleged owner of the infamous 48 houses.

In an interview, PF Chairman for Information and Publicity, Raphael Nakachinda claimed that investigations that were previously conducted a few years ago  discovered that Loyana was behind the 48 houses, and that the current Minister of Finance, Dr. Situmbeko Musokotwane was related to Loyana.

ACC must be challenged for revisiting a case which was already concluded and those houses were forfeited to the state after the man failed to account for the properties,

He further said that the United Party for National Development (UPND) used the 48 houses as propaganda against the PF whilst it was in government.

Even now that they are in government, they are still fishing to find something to validate their narrative that PF in government were involved in fraud and stealing,

Nakachinda also said that the law enforcement agencies are being abused as they no longer work professionally, but in line with the demands of President Hakainde Hichilema.

The ACC and Drug Enforcement Commission (DEC) are being used to satisfy President Hakainde Hichilema’s appetite to deal with PF officials,

This is the first time we are having DEC and ACC reporting possibly two to three times every day to the president to tell him about the progress in pursuing PF officials.

Last week, the Anti-Corruption Commission arrested and charged Charles Mukomena Loyana and his wife, Susan Sinkala Loyana with two counts of corrupt practices involving concealment and possession of property suspected to be proceeds of crime valued at over K 37 million.

The University of Zambia management has expelled seven students while two others have been acquitted following an investigation and disciplinary hearing into the riot...