Lusaka StarService with Excellence
HomeFeaturesA THREAT TO HUMANITY OR HUMANITY’S ACTIONS A THREAT? 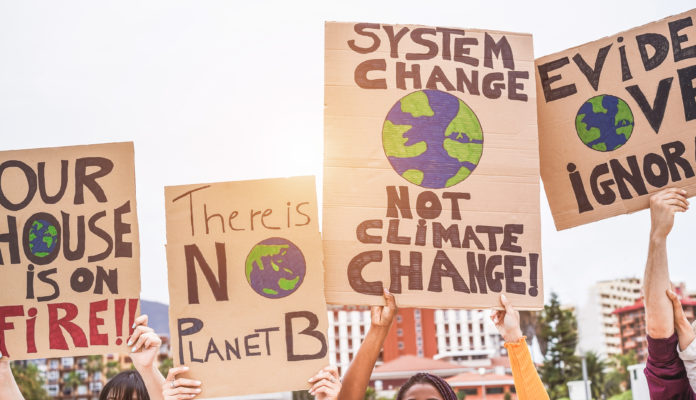 Climate change is one of the biggest problems humanity faces today. It has become one of the challenges faced in the 21st century where climate-induced changes have caused serious environmental and economic damage which have exerted stress on already vulnerable sectors of the world, therefore putting the economy at harm.

Zambia as a country is a good example of the countries that have experienced adverse impacts of climate change which is a hazard to the country’s economic progress as the country currently faces several issues such as droughts which have affected productivity especially in the agriculture sector which has led to hiked prices in key commodities such as food, electricity, and fuel.

In most rural areas of the country, people who earn a living through charcoal burning are unaware of the dangers posed by their actions. The problem of deforestation and the absence of reforestation has hampered prospects countering the effects of climate change.

On 13 February 2020 at an event commemorating world radio day, climate change was one of the key matters of discussion, the Minister of Information and broadcasting noted that most rural areas are unaware of other means of income and still cut down trees for a living.

However, not only people from rural communities have engaged in deforestation, it has been coupled with negatively impactful actions such as the illegal trade of the Mukula trees by elite government officials who according to a report by the Environmental Investigation Agency  (EIA) alleged that trees were cut down for illegal export despite the country putting a ban.

As a result, the change in climate has brought about negative effects such as global warming which has led to the change of weather patterns in Zambia and the impact has resulted in hunger in some parts of the country such as Southern, Western and Luapula provinces.

The chain has been such that climate change has caused drought which has reduced water levels so much since 1996 hence affecting power generation which has led to load shedding and an increase in electricity tariffs as well as load shedding for more than 10 hours which disturbed the nation’s productivity.

Alliance for Community Action (ACA) Economics analyst Zengeni Simuchembu attributed the downfall of the economy to climate change in terms of droughts which led to food shortages in Southern province, hiked mealie meal prices and reduced power generation which has resulted in load shedding of more than 10 hours leading to low productivity in various sectors especially those that depend on electricity to produce.

Mr Simuchembu explained that the drought led to low water levels in the Kariba dam which houses the country’s largest power generation station hence affecting power generation which in turn led to a significant impact on small and large businesses.

The standard chattered PMI index actually shows that Zambia’s economy has shrunk from April last year. Though it is important to recognise that the contraction of the economy cannot solely be as a result of climate change, it indeed did contribute to it.

He expressed sadness over how the government is handling the issue of climate change and urged them to do more to help sustain the country’s economy and plan adequately.

However, the impact of not having power has affected different businesses as many are unable to work during blackout hours and hence losing both their customers and the income they could have generated.

A Saloon and barbershop owner Delphister Banda said it was difficult for her to work because there would be no power during the day which is a time when clients went there and she couldn’t work late because she and her workers have families to go to.

We barely make money because power is out almost the whole day making it difficult to work. Small business owners like me cannot afford to buy generators either, so I do not know how we are expected to survive.

Meanwhile, the agriculture sector is one of the major sources of income the country leans on. And due to the rain patterns and change in rainfall, this has caused a scarceness in the country’s staple food which is maize. Maize is ground to make mealie meal which was hiked exorbitantly in 2019 at over 25% increment whilst still leaving people’s income at the same level making it difficult for the majority to afford mealie meal which is now deemed a “luxury.”

Additionally, on the Zambian monetary sector, climate change has affected the country’s currency, the Kwacha, causing its value to depreciate due to the decline in productivity and the end result has been an undesirable increase in inflation which according to the Ministry of Finance averaged above 10% despite the 2019 target being between the ranges of 6% – 8%.

This led the Bank of Zambia to intervene in the financial markets using monetary instruments that have caused the lending rates of commercial banks to increase and thereby affecting the economy to grow at only 2% in 2019 compared to the earlier projected 4% growth.

According to a climate action report, agriculture and food security, wildlife, forestry, water and energy, health and infrastructure have been adversely impacted, thereby affecting the economic, social, and environmental dimensions of sustainable development efforts.

Policies and programmes on climate change are largely in place together with relevant governance and institutional structures, but the challenges of integration of climate change across all sectors, as well as implementation of policies, remain.

The environment is a big part of an economy and livelihood depends on it to survive and ensuring that everyone takes care of it will help the economy grow. It is one of the most precious things we have, nature is a beautiful gift given to humankind which provides a serene environment, peace and tranquillity. It is, however, being taken for granted by the humankind.

Climate change is a threat to humanity but are human actions the cause of climate change? The knowledge of this relationship and intensified education across different groups of the world on the impacts of climate change will lead to many engaging in the curbing of this negative vice and the collective response will make the world a better place than what it is now becoming. It is therefore imperative that the world finds ways to curb the growing rate of global warming to ensure a sustainable future for generations to come.

The Zambia Electricity Supply Corporation (ZESCO) will lose over US$160 million as a result of the power deficit the country is experiencing. The Zambia...