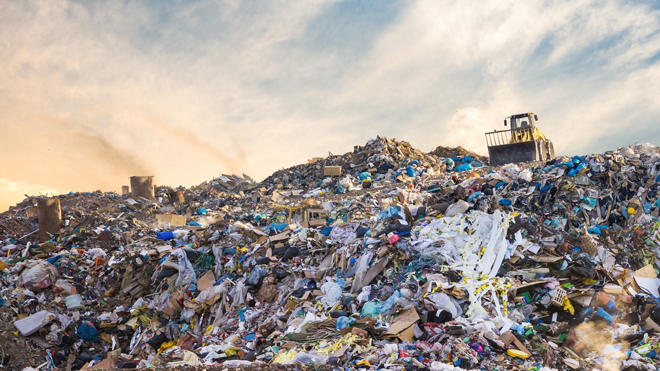 Walking into a chain store or a large inner city trading center to purchase a desired product is quite an interesting activity, and just think about how the provision of plastic carrier bags comes in handy and is so convenient.

However, how many people stop to think about how far a simple plastic packaging material can go, and how its resultant waste can impact the environment at a micro level?

Believe it or not, in as much as plastic bags are an easy way to carry goods or a variety of products, they hold an alarming potential to wreak havoc on the environment and the planet at large.

A number of environmental studies have shown that plastic can take up to about 1,000 years to decompose and thus damage soil and water, inclusive of aquatic life.

National Oceanic and Atmospheric Administration (NOAA), an American scientific agency, carried out a study that explained how disposed off debris of plastic degrades into smaller pollutant materials known as microplastics.

These microplastics are composed of carbon and hydrogen atoms bound together, as well as other chemical additives that leach out of the plastics after being disposed onto the environment.

Environmentalists have explained how microplastics are not biodegradable and once in the environment, can persist and accumulate over time.

Gradually, the world is waking up and starting to wage a fight against plastic in view of its prevailing threat to the environment. In an effort to reduce unnecessary waste, many countries have shifted towards a nationwide ban on non-biodegradable plastic material.

In Africa alone, a number of countries including Kenya, South Africa, Mali, Cameroon, Malawi, Botswana, Rwanda and many others have either banned or enforced a tax charge on the use of plastic carrier bags to reduce the effects of its waste.

In light of all of this, it is safe to say that the Zambian government has not kept a blind eye on environmental health and how unregulated plastic use and disposal damages the environment.

Zambia’s first blow in the fight against plastic is evident through the implementation of the Extended Producer Responsibility (EPR) Regulations, Statutory Instrument No. 65 of 2018.

Government through the Zambia Environmental Management Agency (ZEMA) under the Ministry of Water Development, Sanitation, and Environmental Protection effected the Statutory Instrument (SI) number 65 of 2018 on 3rd August 2018.

The EPR Regulations have been aimed to ensure that any person or persons whose activities generate waste with potential to pollute the environment employs measures essential to minimize waste.

This is one of the tools that government put in place to manage and regulate non-returnable plastic bottles, cartons, beverage cans, waste oils, including used tyres.

However, it is worth mentioning that the SI No. 65 of 2018 isn’t necessarily an all-out ban on plastic but rather provides for the registration of specified packaging material, banning of flat plastic carrier bags that are below 30 microns in thickness. This measure applies to the manufacturing, trading and commercial distribution of packaging materials.

The ban is also clearly not applicable to plastic carrier bags generally or plastic flat bags that conform to the National Standard (ZS719) on Plastic Carrier and Flat Bags developed by the Zambia Bureau of Standards.

However, imagine the diligent effort, the huge amount of time and the energy that the fight against plastic demands, and with the immeasurable degree to which it has saturated and filled up the Zambian markets, towns, inner cities and our homes, it’s evident this fight is far from over and has barely just began!

The Lusaka Central Business District (CBD) is saturated with plastic, specifically the widespread business of selling carrier bags from street vendors roaming Soweto market to wholesalers selling it in bulks and prepackaged orders in Kamwala Market.

How many of these people have a well-rounded up knowledge on the National Standard (ZS719) much less the toxicity of plastic itself?

This leaves one to wonder, just how much has gone into sensitization and awareness building following governments SI No. 65 of 2018. As well as how much regulation at manufacturer level has been carried out to ensure compliance.

The average persons on the ground, who are directly involved in the business of plastics, how much time has been put into ensuring they are empowered with knowledge on how far a simple piece of plastic and its resultant waste can impact the environment.

In relation to compliance with SI No. 65 of 2018, a background check conducted on a number of traders and vendors in Lusaka’s Central Business District made it obvious just how little many of them know about the ban, let alone its existence.

Granted, ignorance is no defense but it is only a call of justice and fairness that much more work should be put into educating the masses, many of whom largely remain uninformed of the law and are lacking a general understanding of the effects of plastic on the environment.

In addition, some local marketeers who are not necessarily in the business of selling plastic but only use it as package material for the products they sell, have complained that a number of wholesalers selling plastic carrier bags that conform to the National Standard (ZS719) are using that as a means to exploit them in pricing.

A Lusaka based trader of Kaunda Square Stage-2 Market Mercy Phiri, explained how the change in the type of carrier bags following the ban has affected her business directly as a trader.

Before these required thicker plastic bags were brought on the market, I would buy the previously thinner plastics at city market at a cheap and affordable price but now these new plastics are a bit costly.

Another trader, Austin Sichalwe who runs a small business in Kalingalinga shared Phiri’s sentiments. He explained how compliance with the ban on plastic has not been easy and that retail prices of these carrier bags has risen after the ban.

Initially we used to buy these medium sized plastic bags at K20 in a set of hundred, but now we buy them twice as much. That might seem like a minor increase but it’s a cost that you feel as a trader because our customers constantly need these carrier bags.

However, the conversation on plastic is bigger than the convenience of buying one or the loopholes that surround the SI No. 65 of 2018. No government enacts laws in deliberate effort to make the lives of its own people unbearable, but rather for the people’s direct benefit and protection.

So it is only right that people be educated and sensitized regarding what is legally required of them because that will guarantee their full compliance. This is no time to keep a blind eye on the effects of plastic on our environment, especially in a country where agriculture and animal life are a priority.