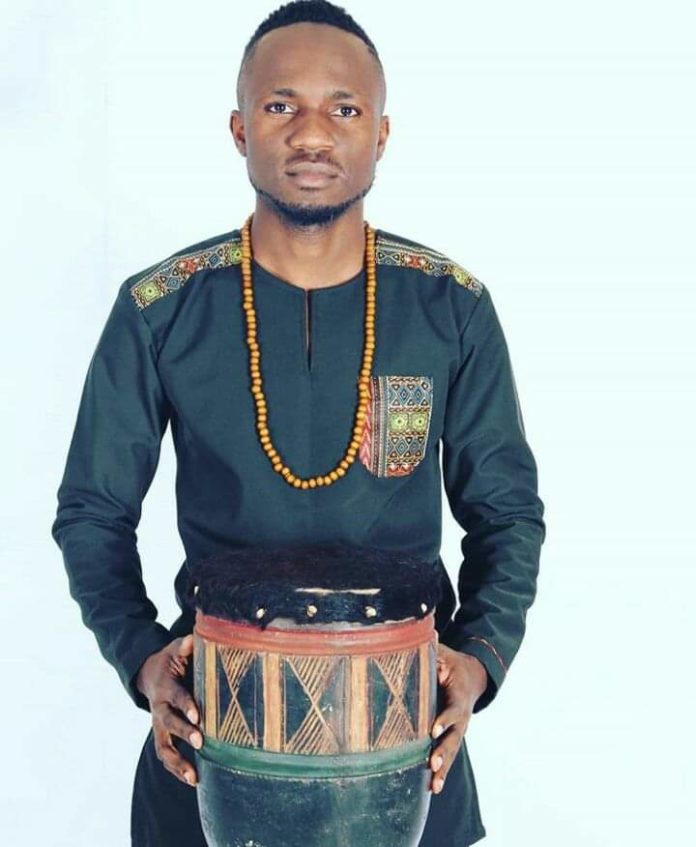 Fashion is an art which demands creativity as a prerequisite for success because it requires an artist to compose craft in a unique manner while remaining authentic.

When you think of fashion what comes to your mind? Perhaps glamorous women posing for a photo in beautiful clothes that are both expensive and peculiar or maybe ladies with confidence displaying some of the best brands.

Nevertheless, you would agree that it never crosses our minds that men too play leading roles in the fashion industry.

Zambia in particular is a witness to designers crafting unique eye-catching designs like Duncan Kanyembo of Blink Africa Designs better known by his alias ‘Blink Duncan’.

Blink is one of Zambia’s designer that is pushing the industry’s frontiers to greater heights.

His passion for art and a K100 note in his wallet as his capital is what has built his career.

Like a joke, one day he was tasked to design an outfit for his grandmother for a traditional event better known as a kitchen party in Zambian circles and was later paid for his work.

And like the saying goes “cometh the hour, cometh the man”, Blink read the time and season he was in and saw his window of opportunity opening which he effortlessly grabbed.

About three years ago, Blink created Blink Africa designs which was a milestone in branding his art beyond the walls of Zambia.

Blink took part in the 2017 Zambia Fashion week where he was pronounced as the winner.

Kanyembo echoed that the award opened many doors for him both locally and internationally as he dressed people like Ephraim the son of Africa, Bobby East, DJ Hussein and many more.

His designs are now penetrating markets beyond Africa and has people from Australia, United Kingdom and many more places around the globe rocking his pieces.

His restated the fact that the K100 he used to make his grandmother’s outfit motivated him to take part in all competitions he participated in and made him the man he is today.

Indeni Roses Football Club says it is overwhelmed by the positive response from the public. This is in accordance with the advertisement in which...