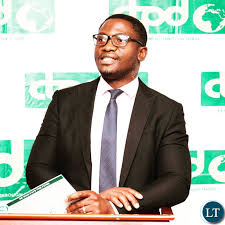 The Center for Trade Policy and Development (CTPD) has appealed to the Energy Regulation Board (ERB) to exercise caution in looking at ZESCO’s application for an upward adjustment on electricity tariffs.

“CTPD has noted with great concern that the intention to increase electricity tariffs by the country’s power utility firm , would have a wider impact on the economy, putting into consideration that it has been barely two years after another upward adjustment was effected,” said CTPD Executive Director Mr. Isaac Mwaipopon

The CTPD Executive Director added that the impact will be felt by both individual consumers and firms following Zambia’s debt crisis on account of an increase in government borrowing.

Mr. Mwaipopo added that this move will also reduce the real value of consumer’s disposable income through higher prices.“

Coupled with the increased domestic arrears and lower private sector credits, such as an increase in the cost of production, this would increase the risk of failure of SMEs in Zambia and thus reduce economic growth” Mwaipopo said.

Mr. Mwaipopo urges all citizens and stakeholders to find time and submit their views during the consultation process the ERB has called for, so that consumers can exercise their right to have their voices heard.

“It is becoming more evident that successive increments in electricity tariffs are not dealing with the many underlying problems in the electricity sub-sector but only resulting in increasing the cost of living for the ordinary Zambian people” the Executive Director stated.

He however noted the exception of mines which continue to purchase at preferential rates through Power Purchase agreements.