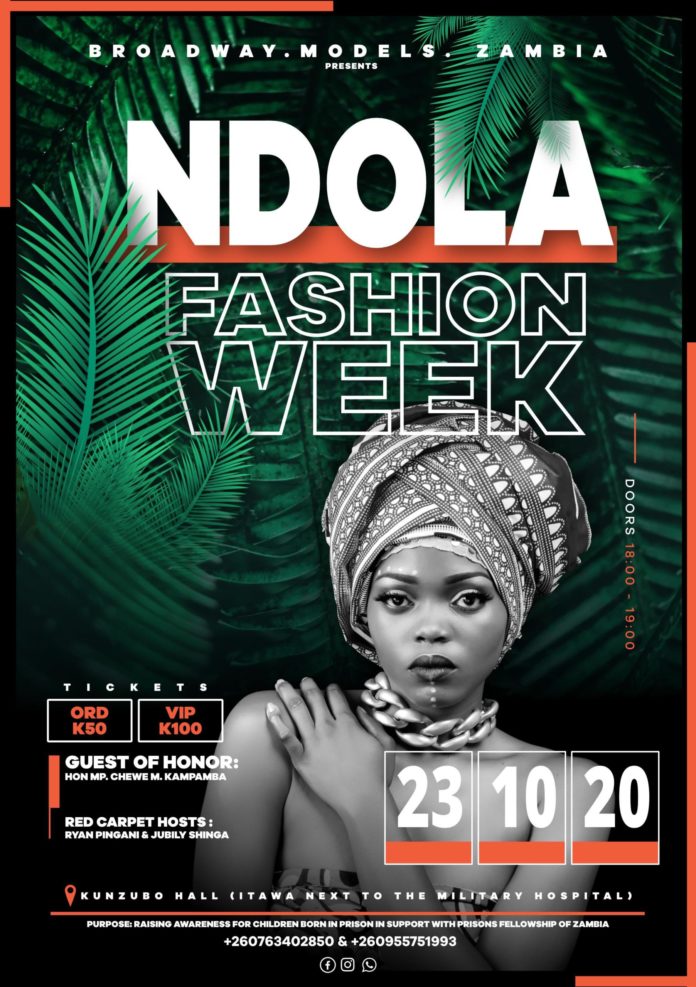 Even a fashion fanatic would be impressed with how the Zambian fashion industry has been budding in the recent years.
From the Lusaka July to Ubuntu fashion week, this year Broadway Models will be hosting the first ever Ndola fashion week.
Ndola fashion week which is scheduled for 23rd October will be held at the Town’s Kunzubo Hal under the theme raising ‘awareness for children born in prison’.
Speaking to Lusaka star entertainment, Broadway Models CEO Yield Mushinki said the fashion week is aimed at promoting Zambian talent especially on the Copperbelt province while raising awareness for children born in prisons.
“twelve showcasing designers from different parts of the country are expected to grace the show and be prepared to see the best collection of their designs,” he said.
However, with the coming of the Covid 19 pandemic Mushinki highlights that preparing for the show has not been an easy task.
“Initially the fashion week was supposed to be a three day event but due to the pandemic we decided to make it a one day event,” he said.
He also added that they wanted the show to have a large audience but due to the pandemic, they were forced to reduce the number of attendees to less than 100.
Meanwhile, various stakeholders have shown support to the Ndola fashion week, these include the Ndola Member of Parliament Chewe Kampamba who will be the guest of honor at the show.
The event will be sponsored by Broadway models in partnership with Big Tree, The Cake Guy, NMS photography and other individuals who are supporting the show

The growing trend of memes has not only been a source of entertainment for most social media, but has also connected people who relate...