Lusaka StarService with Excellence
HomeFeaturesEFFECTS OF MUSIC ON MENTAL HEALTH 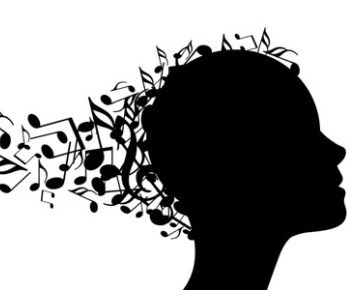 It is said that everyone marches to the beat of a drum. One might dance to the angry sound of a heavy beat, the passion of a love song or the empty sounding chords of depression.

To people with mental health disorders such as anxiety and depression, the understanding is that listening to music speaks of the emotions, pain, happiness, sorrow and connects a deserted lost soul into a place of wholeness.

In today’s world, it is harder than ever to stay mentally healthy. There are so many issues people have to deal with daily that affect their mental well-being, leaving them wanting a way to escape and get relief. This is where music comes in; as a form of escapism.

Music helps people understand how others feel. It shares the souls of those around us to twig what they go through.

In the Lusaka Star’s endeavor to understand this immense effect of music on people with mental health issues, Prolific Artist Ludo Lu was engaged.

To Ludo, who is a songwriter, music is healing because every person has a song that ministers to them in an extraordinary way.

If music doesn’t save, then that’s probably a problem or you might not just be a music person,

I remember this song titled His Daughter and how it talked about a depressed woman and God speaking to her not to abort. When I saw my friend watch the video for the song, it picked her up when she was depressed, hence, I realize how powerful music is and how it manifests in our lives.

Ludo explained that what people choose to listen to is very important; music can build one’s mental health or destroy it. As some would listen to songs that put them in a happy mood, others take a different route, listening to sad music because to them, it is therapeutic.

I personally try as much as I can not to listen to negative or sad music. It’s usually upbeat, dance beat because I love being provoked or feeling happy,

Music and art can be a message to people with mental health disorders including artists themselves. And being an artist who has experienced depression or any other mental illness, the first fight in delivering the message is through writing music for ourselves to get into the souls of those going through the same predicament.

She also enlightened how music helps in confronting feelings that are being hidden during one’s mental or emotional state; it brings positivity out of anguish.

Writing has been very healing for me because sometimes I play things back and I get some of the things I missed, even about myself and then I’m able to confront my feelings,

Ludo further explained that sometimes one never knows how they feel until they write it down.  And sometimes they cannot explain their mental state until they hear somebody sing or write about it, and then they get to express their emotions.

She said music comforts most people when they have no one to talk to, and it helps them heal alone before they can heal around people.

The artist further advised everyone with mental health issues to get help.

Take control of your feelings and feel every inch. Don’t wait ‘til it’s too late. Let your feelings have a stage to be heard so that you can heal from what breaks you,

In the mind there’s a software and a hardware. Hence there’s that connection which affects the software which is the mind.

Phiri added that the message in music can affect someone’s perception of the world, be it positive or negative.

There was a client who had anxiety issues, depression and was very suicidal, and one of the things we discovered was the kind of music they were listening to, of some singers whose music is very depressing and can lead someone to having a suicidal tendency.

Things like high tempo music, rock music have a negative reaction on an individual constantly listening to such and we’ve seen people that we say maybe they’ve been possessed, and all that is because of music that takes over.

He added that music does have a negative impact as it is a sound that is tailored in such a way that can wake up emotions and that is why it has the essence of both a negative and positive touch.

A picture depicting how music gets to the soul when words fail – Picture by model and creative artist Hannah.

Phiri further said music contributes to the well-being of a person as it is therapy on its own because for a person to have harmonious thoughts, they need music and it is part of life as it maintains the rhythm of the body and mind.

He concluded by encouraging people who have mental problems and find solace in music to not only depend on it but also seek professional help.

Any other mental struggles you may have; life problems, usually tend into becoming mental illness and there’s help for that. All people need to do is come forward and receive the help that’s available,

It is clear listening to music affects us in a massive way. For people with mental health disorders, it is an escapism that takes them further from their present reality. However, that depends on the type of music they listen to.