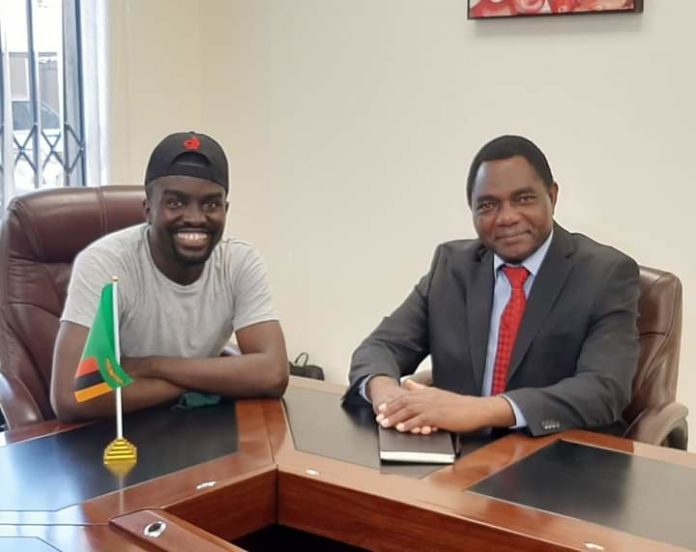 Renowned English photographer Charlie Waile once said an image cuts across all political and national boundaries; it transcends the constraints of language and culture.

And this is no exception for Photographer-turned-activist-turned politician Chellah Tukuta as he has in the recent past become synonymous with in -your- face social activism, something that has landed him in the courts of law.

Despite Tukuta’s brush with the law, this has not prevented the United Party for National Development (UPND) from appointing him to a prominent position.

According to a statement by the UPND, Tukuta was appointed as presidential photographer to Hakainde Hichilema earlier this month.

Tukuta later on turned to his social media page to thank the UPND for the appointment and promised to play his part in the developing the party.

And reacting to the appointment, University of Zambia (UNZA) second year law student, Samuel Muleya said that it is a shot in the arm of Hichilema’s social media operations.

”Chellah is not only a prolific photographer, but his Social media page also has a meaningful engagement so it will be effective in sullying and harking back on PF blunders,” Muleya said.

Muleya further said that Chellah is good at generating a lot of talk and rumors which will be effective in attacking UPND opponents.

Since his appointment, Tukuta’s Facebook page, Chella Tukuta Photography, has been awash with professional pictures of senior UPND officials.

FREEZING THE MOMENT, GIRL BEHIND THE LENS

The National AIDS Council (NAC) has said that defective condoms on the market will have a negative impact on the fight against HIV in...