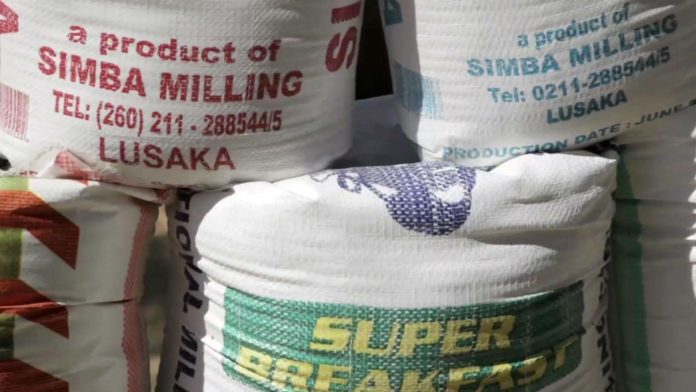 Will the long awaited stabilized economy in Zambia ever be achieved amidst the current hardships being experienced? This is a million dollar question which indeed desire quality and real answers to the predicament piercing the mother land.

For some years now, the Zambian economy has been scrambling to its knees. In the past few months, the Kwacha has faced massive depreciation against major currencies like the British Sterling Pound and US Dollar, further to this, inflation has soared.

Consumer prices rose 8.8 percent in July from a year earlier, the fastest pace since November 2016, and may surpass 10 percent by year-end, according to Irmgard Erasmus, an economist at NKC African Economics.

It has been a cry for the local businessmen because the depreciation of the the Kwacha in recent years has instilled a discomfort in conducting smooth-running businesses in the country because of high prices of imported commodities such as fuel among others.

Relating to an old adage which goes, “Jumping from the frying pan into the fire…”, this is what the much talked about mealie-meal price increment can be likened to because Zambia is one of the major producers of maize in the southern Africa sub-region and being faced with such a crisis leaves much to be desired.

It is common knowledge, if not, among citizens of Zambia that maize is the staple food, specifically its special product known as mealie-meal. This then is true that any slight increment in the price of the commodity causes serious repercussions in the country as it impacts Zambia as a whole.

The Zambian government has wings that spearhead crop production activities in the country which include the Ministry of Agriculture and Livestock and the Food Reserve Agency.

Additionally, a report from Mundi Index indicated that Zambia’s maize production has decreased from 2,394,907 metric tonnes to about 2,000,000 metric tonnes, representing a decrease of 16.49 percent in the 2018/2019 farming season.

Of course, the fluctuation in maize production among the three highlighted farming seasons has been attributed to poor rainfalls in the past rain seasons. Also, the advent of army worms and the late supply of farming inputs to farmers by the government has made the situation dire.

Besides the above noted factors that led to reduction in maize production, Zambia has been known to experience bumper harvest prior to the three affected farming periods in question. Looking at the speech read in May, 2019 by Minister of Agriculture Michael Katambo, the dialogue indicates that the minister was delighted in informing the nation that Zambia would be food secure till the following harvest in 2020.

The statement from the minister can be proved by reflecting on the allowed export of mealie-meal to neighbouring countries recorded at 120,000 metric tonnes.

One would then pose a question, “Where are the metric tonnes of the main staple crop which were proudly pronounced to be in full supply?

Analyses of the Basic Needs Basket for the family of five in Lusaka by the Jesuit Centre for Theological Reflection (JCTR) between the months of May and June 2019, mealie-meal prices for a 25 Kg were in the ranges of K99.14-K100.

In August, the price soared to about K145 in most parts of the country.

It is indeed clear that the crisis is real and thus serious intervention is needed. It is time-wasting for stakeholders to play the blame game when some parts of the country like the Southern Province people are heard to be surviving on wild fruits, as media reports indicates.

Government needs to ensure that food prices are stabilised and beef-up its effort in ensuring that our food security is not compromised lest we all starve!

The Ministry of Youth, Sport and Child Development says the incorporation of Intellectual Property in sport has the potential of contributing to the growth...